Notes from the CoStar State of the US Multifamily Market 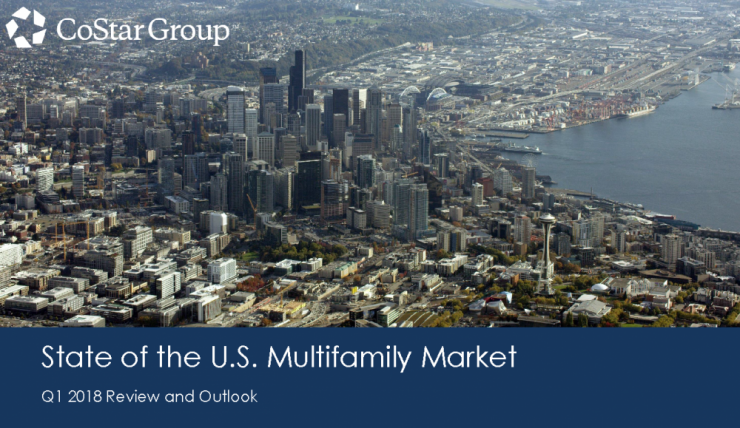 Apartment Consultants Inc. (ACI) recently attended a presentation by the CoStar Group discussing the State of the Multifamily industry. This article consists of a summarization of notes from that presentation. ACI has been San Diego’s top multifamily apartment brokerage for the past 35 years.

The group of experts lead by Product Marketing Specialist John Berryman, consisted of John Affleck, CoStar Director of Analytics, and Senior Managing Consultant Lee Everett. The trio discussed a range of topics including a macros overview of the United States economy as well as micro analysis of the most and least performing metros in supply, rent growth, and turnover. 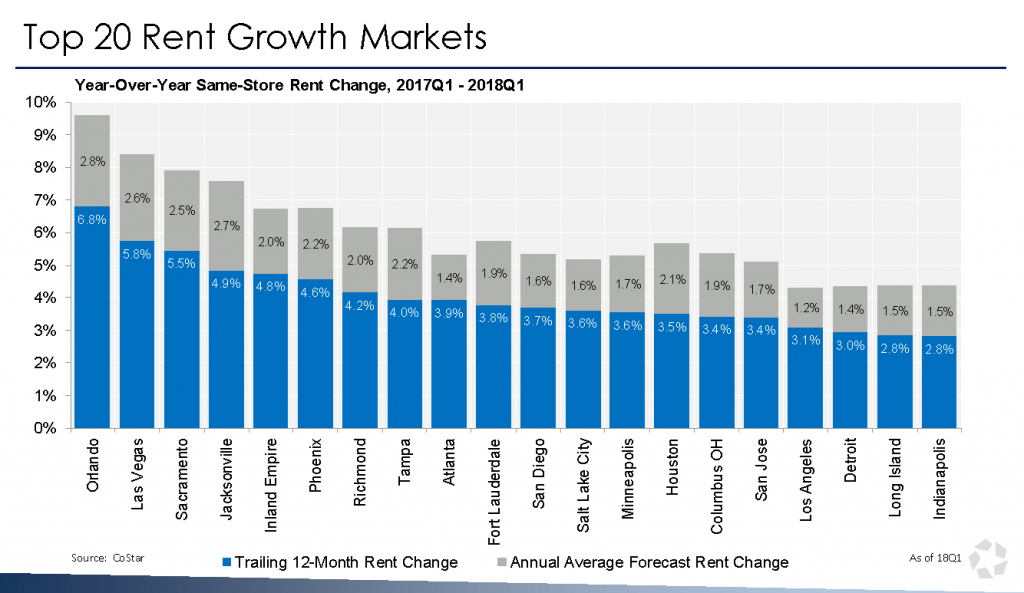 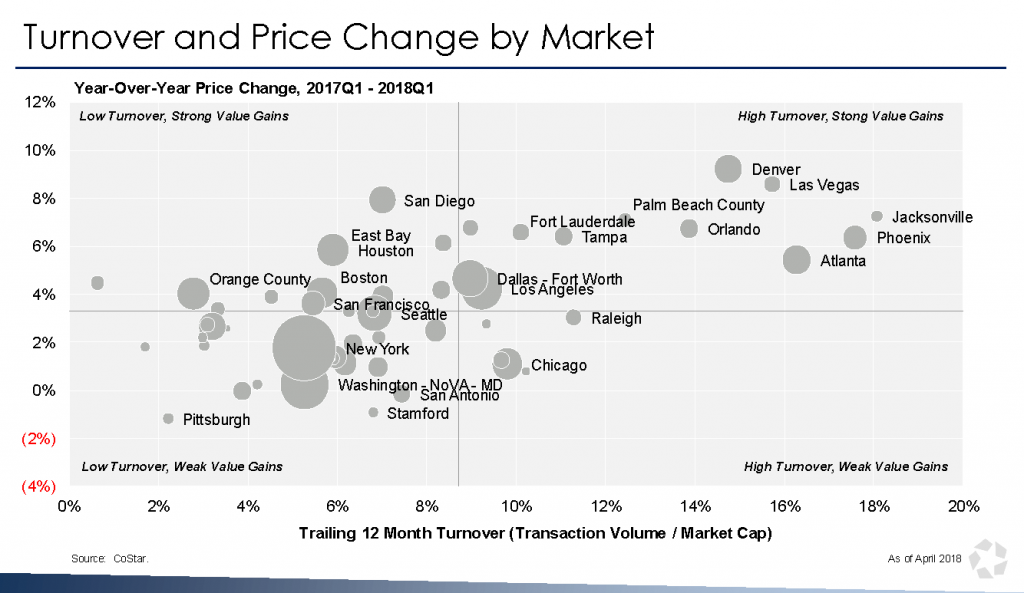 San Diego apartment owners may still see scarcity of new unit construction in the foreseeable future, resulting in higher rent growth. The CoStar analysis have San Diego ranked 15th in metros with the least amount of supply construction. At the same time the city ranked 11th year-over-year in the highest rent growth market with a 3.4% growth. In addition, the study suggested San Diego could see an additional1.6% gain on rent growth in the foreseeable future. San Diego also topped the chart for Low Turnover/Strong Value Gain, positioning itself around 8%.

Utilizing over 360,000 transaction reports from the CoStar national data-base, the team analyzed rent growth, cap rates, and related transaction data to compile a compressive outlook for National multifamily real estate leading into 2019. Although their prognosis was not dire, all three experts agreed that the market is showing signs of slowdown. “Let’s not sugar coat it” John Affleck explained during his presentation, “the forecast assumes a rough economic outlook”. Affleck utilized a combination of interest rate forecast analysis as well as rent and vacancy projecting to suggest modest value losses over the next three years. He was also optimistic that this change would be gradual and consistent with a typical economic cycle. He even noted that the current cycle seems to berunning “long in the tooth at this point.” 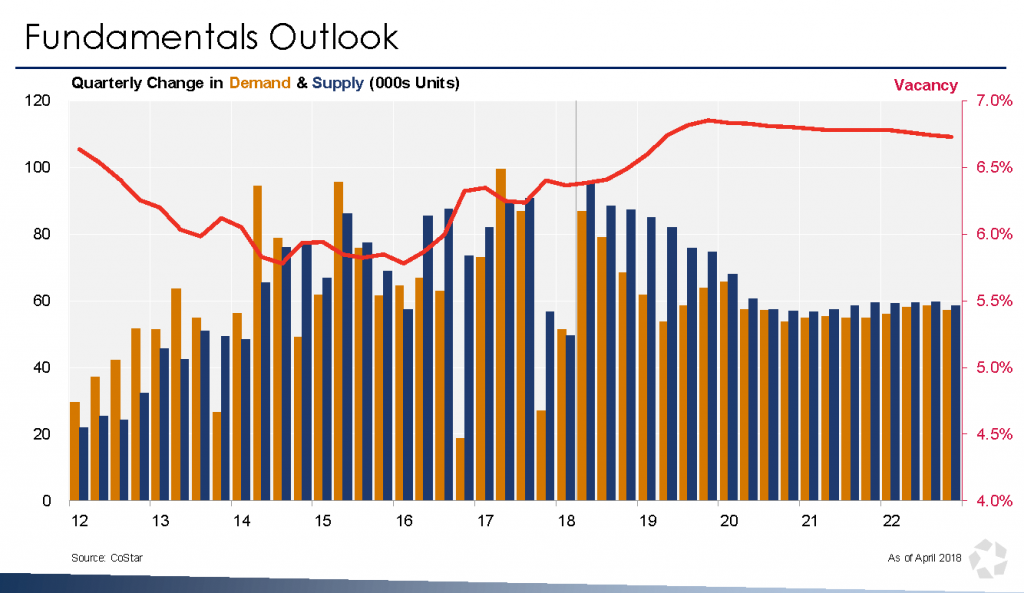 Affleck also attributes shaky conditions in multifamily to an increase in homeownership over the last 12 months. Citing recent Census Bureau data, Affleck indicated that around 290,000 renter households were converted into homeowners indicating that “On the margins, every new household has been a renter.” However, according to his data, the entry level for purchasing a home is still disproportionally in reach for “renters by choice” the data showed that the homeowners who transitioned from a renter household consisted of tenants “occupying the high end (apartment market)”.

Although increased homeownership rates have begun to drive up vacancies across the country, the Costar experts do not see a dramatic drop in the works. Instead, they found that a proposed heavy supply pipeline will likely see low output in apartment construction. “There has been a low level of deliveries the past two quarters” notes Affleck, “we think that has a lot to do with construction delays.” As a result, rent growth has slowed, just not in a dramatic fashion (citing the average year-over-year rent growth will likely move into around 2.5% by 2020). In their opinion, the cycle has peakedbut will see a very soft landing.” 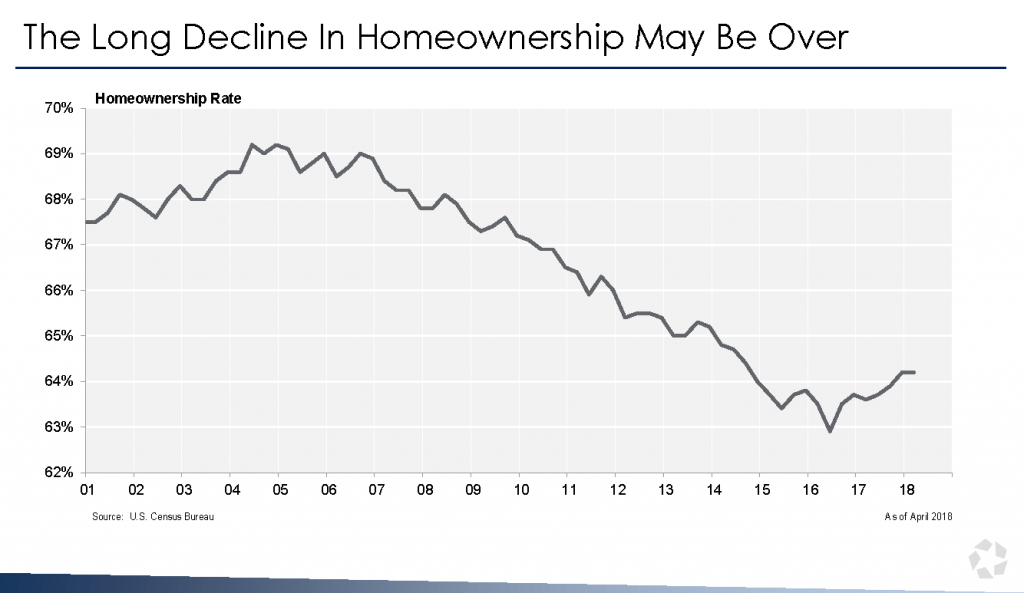 Even with the economy beginning to normalize and affect rent growth nationwide, San Diego is still able to find a way through low inventory to keep rents on a steady upward trajectory. Low inventory