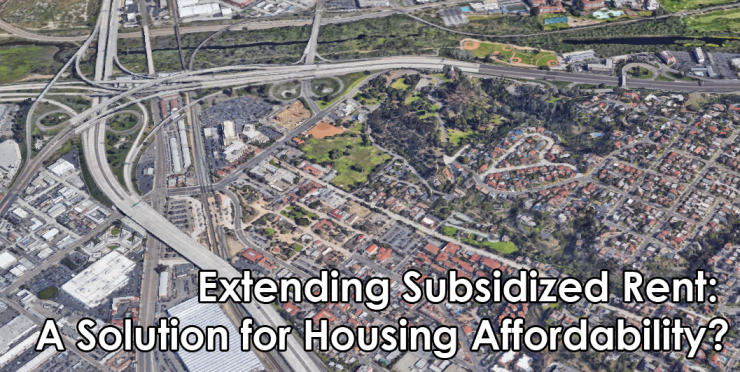 Over the last few years, much attention has been paid to finding a solution to an impending housing crisis in San Diego. From promises of new construction to the prospect of rent control there is a list of potential long-term solutions for lack of housing. Coincidentally, San Diego City Council members are set to consider another facet of combating a housing shortage in the form of preserving existing subsidized rent restrictions. This potential solution is especially sensitive, given that many restrictions are set to expire.

What Are Subsidized Rent Restrictions?

Born in most cases out of agreements made with property developers, David Garrick of the San Diego Union Tribune notes in a recent report that units equipped with rent restrictions charge reduced rents “in exchange for tax credits, redevelopment money or other financial incentives.” In many cases these restrictions are maintained in effect for extended periods ranging from 30 to 55 years.

According to Garrick’s report “Preserving old, low-rent apartments could play a key role in solving San Diego’s housing crisis”. But it’s a race against time, as much as 7% of existing low-rent units in San Diego County that maintain these agreements are set to expire over the next 5 years. The result of these expirations could be immediate, with owners raising rents sharply or choosing to eliminate these units entirely in favor of new, high-end construction.

What Are San Diego Leaders Doing To Help?

To discuss a potential effect that impending low-rent expiration would have on San Diego housing, Councilwoman Georgette Gomez scheduled a meeting with the Council’s Smart Growth and Land Use Committee. Councilwoman Gomez, is seeking to establish the potential value offering re-development subsidies or tax incentives to owners could have. For instance, offering these subsidies to owners could pose a significant cost saving compared to the high costs of completely new construction. “I want to know what kind of capital we need and who we need to partner with” Gomez said in Garrick’s article, “Let’s start talking to developers so we know how many are willing to work with us.”

How Wide Spread Is The Potential Impact?

According to the California Housing Partnership, nearly 2386 units of the 31,961 units available in San Diego County are set to expire by 2023, with an additional 1,957 units expiring by 2028. However, Garrick notes that these numbers only included projects with federal subsidies and that the list did not consider units in San Diego’s inclusionary housing policy or the city’s density bonus program.

A key reason to consider preserving low-level rental units stems from the reduced cost that further subsidizing could generate. Gerrick’s article points to a lack of lengthy environmental approvals or other examinations typical of new construction, factors that would help drive down costs. The report cites Stephen Russell, San Diego Housing Federation’s executive director who suggests that such reduced costs “That makes it easier to find a deal that makes sense using either a new round of tax credit investments or new subsidies from the city or HUD.”