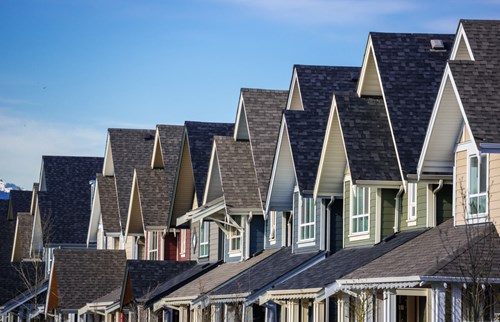 This article was originally posted by RealPage, Inc. and can be found HERE

RICHARDSON, Texas (June 29, 2017) – Apartment demand surged to a near-record volume in the second quarter, according to real estate technology and analytics firm RealPage, Inc. (NASDAQ: RP). With demand topping completions by a wide margin in the quarter, occupancy is back to the essentially full mark, and the annual pace of rent growth has stabilized.

RealPage reports demand for 175,645 apartments across the U.S. in the second quarter, up one-third from the performance level seen at the same time a year ago.

Demand in the second quarter exceeded the 86,431 units completed in the same period, according to RealPage. However, the market is still working through the surplus of additions brought on stream late last year and early this year. RealPage reports that about 159,000 units were finished from October 2016 through March 2017, but there was virtually no net demand for apartments during that seasonally slow leasing period.

Occupancy Is Full, But There’s Competition Among Properties in Lease-Up
Apartment occupancy as of mid-year stood at an even 95.0 percent, according to Axiometrics, now a division of RealPage. Occupancy at that 95.0 percent mark represents an essentially full performance. Mid-2017 occupancy topped the first quarter level of 94.5 percent but trailed a bit behind mid-2016’s rate of 95.3 percent in the Axiometrics data set.

With almost no vacancies recorded in the nation’s older apartment communities, product availability is concentrated in those brand new developments delivered recently.

“Total demand for new apartments is strong, but that demand is getting split among many individual projects in the country’s markets registering the most aggressive building,” according to Axiometrics vice president Jay Denton. Axiometrics reports 130 properties competing for initial residents in metro Houston. Projects in initial lease-up total 87 developments in Dallas and between 40 and 70 properties in each of metro Washington, Atlanta, San Antonio, Seattle and Charlotte.

“In urban core settings, those new deliveries are clustered really tightly,” Denton said. “It’s not unusual to have multiple projects within blocks of each other all simultaneously moving through initial lease-up.”

The Rent Growth Pace Is Stabilizing
Rents for new-resident leases rose 1.8 percent during the second quarter, taking the annual price hike to 3.6 percent, according to RealPage. After the pace of rent growth slowed throughout 2016, pricing increases now are stabilizing. The 3.6 percent annual rent growth seen as of mid-2017 is very similar to the 3.7 percent pace recorded in the first quarter.

“The strong demand that’s being seen now that we’re in prime leasing season is helping shore up pricing power, even with so many properties just opening their doors,” Willett said.

About RealPage
RealPage is a leading global provider of software and data analytics to the real estate industry. Clients use its platform to improve operating performance and increase capital returns. Founded in 1998 and headquartered in Richardson, Texas, RealPage currently serves over 11,200 clients worldwide from offices in North America, Europe and Asia. For more information about the company, visit https://www.realpage.com.