Feeling the Heat of Cool Down: CoStar’s State of the U.S. Multifamily Market 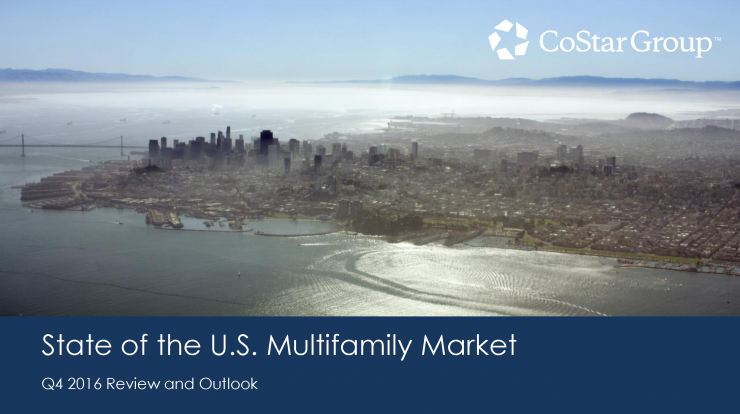 Despite evidence of a national cool down in the multifamily market, 2016 continued a trend of vacancy contraction in the San Diego region so said experts during the State of the U.S. Multifamily Market review and forecast webinar. Hosted by CoStar Group, the presentation brought together three multifamily experts to discuss the current and future outlook of multifamily transactions from a macro and individual perspective. The trio cited data collected from CoStar and the US Census to show that the US market would soon see a slowdown. Inventory focused on the luxury market and homeownership will have the greatest impact on the future market. 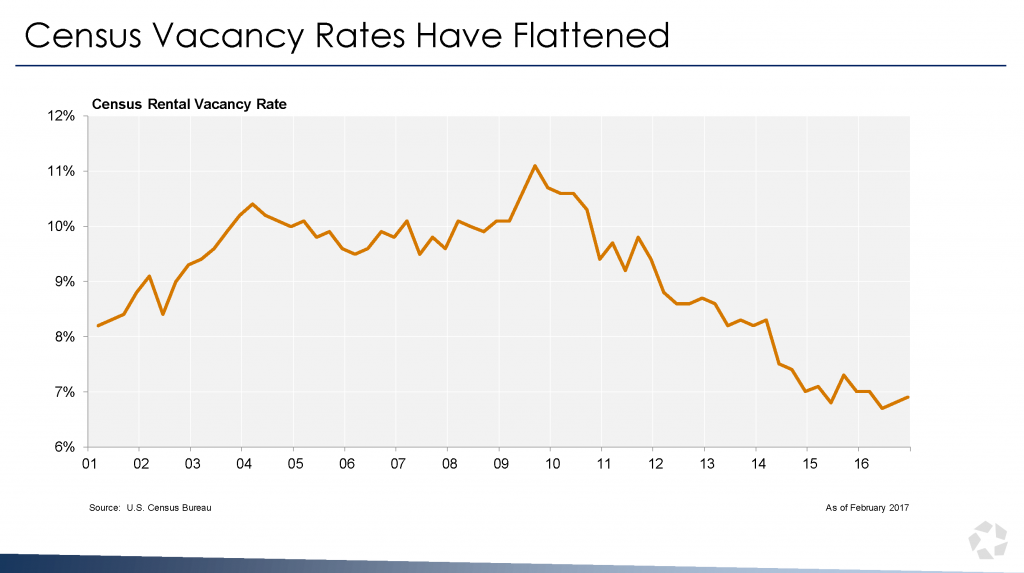 Data showcased during the presentation suggested that “this has been renter nation for the last five years” explained John Affleck during his thoughts on macro-market trends, “there have been many millions of renters that by all accounts should be home owners”. In spite of the trend in favor of multifamily, the trio was in unanimous agreement that rental fundamentals may have reached the bottom. For instance, Census vacancy rates in 2016 showed a steady uptick throughout the year while rents showed a consistent decline. 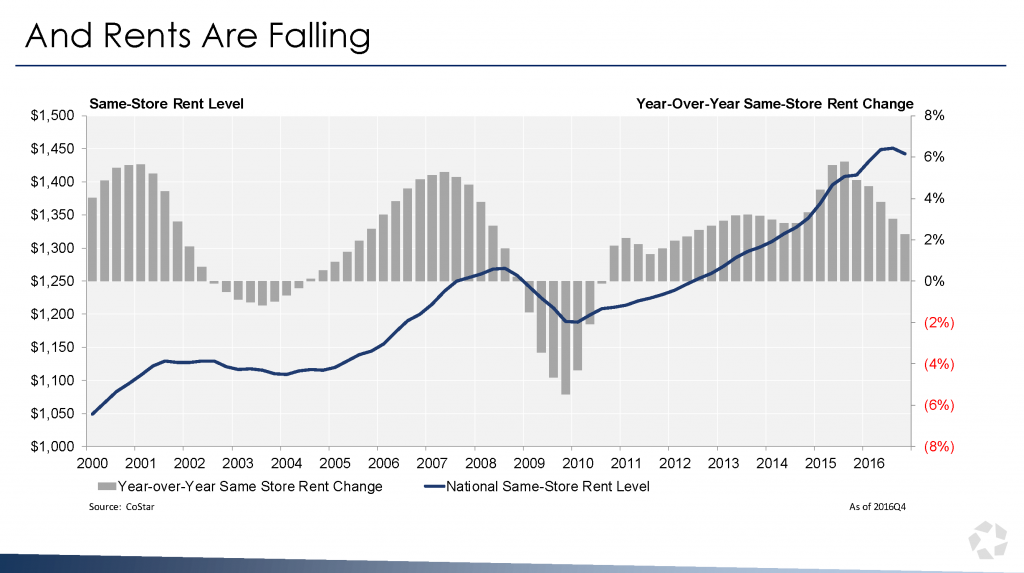 All of this was presented under the context that homeownership (what they considered the chief risk to rental units) fluctuated greatly. “It was only a matter of time before the trifecta of affordability issues, robust levels of supply, and high earning tenants with the means to buy a home finally weighed on the top end of the market” He concluded by suggesting most of the immediate effect of a cool down will be seen at the four and five star product levels, particularly in rents. “So rent growth for lower quality products in your infill markets has pretty much continued at pace. Most of those rent losses have fallen at the top of the market.” 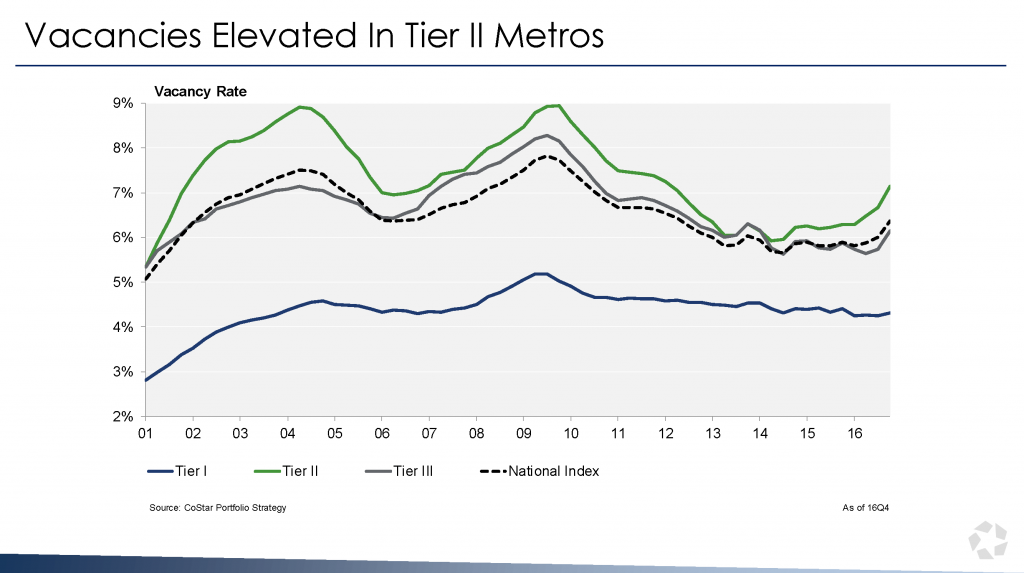 In spite of a trajectory towards a market cooling, changes made during a new presidential administration could always heat things up again. In a recent presentation for the Burnham-Moores 21st Annual Real Estate Conference, Arthur B. Laffer, founder of Laffer Associates, suggested optimism for where the Trump administration could take the economy. “I think [with this administration] you will see an economy that grows incredibly rapidly,” he noted during closing remarks of the event. “Economics are all about incentives, change the incentive and you change the economy”. For the presenters of CoStar, multifamily may be the best incentive to a stable asset class going forward. “Multifamily makes great sense as a defensive investment over time” Lee Everett noted during his assessment of the year’s transactions, “it shows less volatility then other property types.” Concluding it will be positioned well as a new presidential administration takes on stimulating policies.