Grow Away: How Will San Diego Address Housing Scarcity? 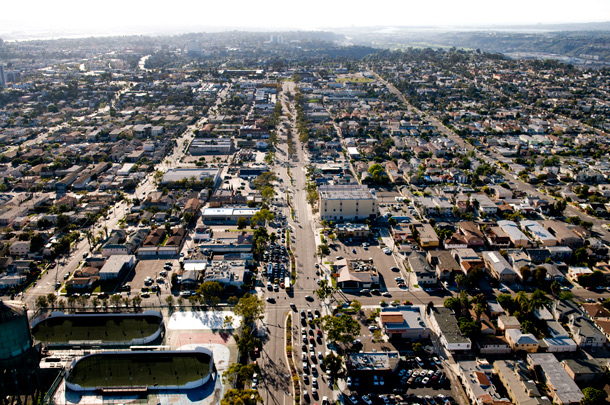 Has San Diego reached a cross-road for addressing housing scarcity? This is the question by Andrew Keatts in a recent article for Voice of San Diego. The piece, titled “A New Approach on Housing: Forge Density”, offers a stark realization that San Diego residents and politicians debate the merits of density projects without considering building moderate density for the region as a whole.

Keatts maintains in the article that a growing population over the past few years has greatly attributed to the need for new housing. In recent studies, industry experts found that the region is maintaining a 4.2% unemployment rate (under the typical 5% rate associated with full employment). This positive employment outlook is due to a year-over-year increase of over 28,000 for the region. This prosperous labor market coupled with our great weather and atmosphere, has made San Diego a hot market for permanent residence.

Many rental owners have seen the reward of this desire for places to live in San Diego. The region has seen record low vacancy rates over the past few years. In addition, rent growth continues to increase for the region, in a period when many metros are reporting negative growth. However, more and more young people continue to be limited in the option available. A recent study reported by the New York Times found that as many as 40% of young adults (ages 22, 23, and 24) living in predominantly metro areas seek rent assistance from a parent or guardian. If San Diego wants to continue as a thriving place for millennial culture, finding ways to increase housing density is crucial for the foreseeable future.

In recent years, many politicians have debated the idea of urban density projects, pushing for higher buildings with larger unit numbers in selected areas. Keatts suggests a different approach. In an era where San Diego has made a commitment to combat greenhouse emissions, Keatts identifies a project proposed by Circulate San Diego as a potential alternative. The plan would focus on Transit Oriented Development in which areas would undergo development focused on existing or proposed transpiration infrastructure and modest parking to offer more space for more housing. Although it is only in early stages, the Circulate San Diego plan further illustrates the want for more housing in San Diego.

The region will continue growing throughout the next decade regardless of how local officials handle to current housing scarcity issue. However, if we want to continue enticing a younger generation of fresh ideas to establish themselves, steps need to be taken to increase opportunity for occupancy.

Read Quoctrung Bui’s Article “A Secret of Many Urban 20-Somethings: Their Parents Help With the Rent”