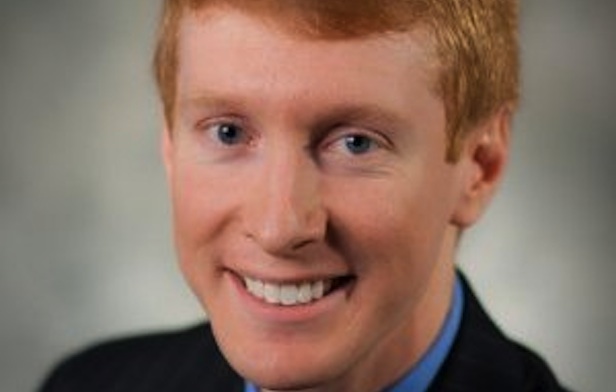 CARROLLTON, TX— Six multifamily myths persist about the relationship between apartments and home sales; MPF Research’s Jay Parsons seeks to demolish them all in this EXCLUSIVE commentary.

My goal in this column is lofty: I hope to convince every multifamily investor, operator, developer, asset manager and lender to once and for all—forever and ever—cease and desist from the idea that home sales are bad for the apartment sector. And I’ll go a step further. I hope to convince you that the multifamily sector should root for a strong for-sale housing market.

Why would I make such a crazy claim? Because the multifamily professionals continue to buy into a number of myths related to home sales. At nearly every industry conference, and in many conversations with clients and reporters, these myths get perpetuated again and again. Chances are, you’ve heard the same old tales—and I am willing to bet no one has ever presented you with any real data to back up the conventional wisdom.

Here are the top six housing myths on the relationship between apartments and single-family homes, backed up by hard facts.

You hear this all the time, right? The conventional wisdom says there’s a finite pool of housing demand, and if more of it goes toward home purchase, then apartment owners will be left with a bunch of vacant units—or they’ll lose pricing power. Seems logical enough on the surface. However, if the conventional wisdom were true, then at the height of the housing bubble in the mid-2000s, we should have seen really weak demand for apartments. Right? Lenders and government programs propped up the housing market, essentially creating demand through eroding underwriting standards and zero-dollar down payments.

So, what did happen to apartments back then? Well, apartment demand actually increased right in step with home sales.

If it happened then, at the height of an artificial housing boom, we can safely conclude apartment demand isn’t negatively correlated with home sales. Why? That takes us into Myth #2.

A vibrant for-sale housing market actually benefits the apartment sector. How? When homes are selling, the overall economy benefits, and more demand is created for all housing types.

Think about it. You buy a house, you’ve got a mortgage that boosts the financial services industry, an insurance policy that pays the insurance sector. You’re paying a real estate agent a nice cut. After you get the keys, you’re going to spend some time at Lowe’s or Home Depot. You may hire some contractors to paint or lay new carpet or do some handyman work. When the housing market is strong, home prices go up, as do property taxes. That boosts the government, who have never been accused of not doing their part to stimulate the economy by spending tax dollars. And in a hot market, you’re building more homes—which boosts a number of other industries.

This is one reason why our economy was hit so hard in the housing crisis. So much is tied to the housing market. The National Association of Realtors estimates that for every two homes sold, one job is created. And the National Association of Home Builders estimates that nearly three jobs are created for every new home that’s built. Of course, those numbers may be inflated by self-interested parties. But whatever the exact numbers, the impact is undeniable. More jobs equal more housing demand. When the housing market is strong, chances are the economy is strong—which is a good thing for all housing types. Yes, you will lose more renters to purchase in a strong housing market; however, you’re going to be able to backfill those units quickly.

Myth #3: Suburban apartments will underperform due to their exposure to home sales.

Not true at all. For one, the best suburbs historically have outperformed urban submarkets in terms of both rent growth and investment returns, as we laid out at length in this research article. Second, conventional wisdom says urban apartments will retain renters at a higher rate since they cater to “lifestyle” renters. But that’s not backed by the data, either. Suburbs consistently have higher retention rates than urban apartments, according to our analysis of rent rolls from a subset of the 11 million units serviced by RealPage Inc. Of course, retention isn’t everything, but it’s notable because the multifamily industry is obsessed with the move-outs-to-home-purchase stat.

Will suburban apartments lose more renters to purchase than an urban asset? Absolutely. But does that matter? Not at all. Turnover is turnover, and urban assets have higher turnover due to far more competition from new supply and due to the nature of transient urban renters to remain, well, transient. Some will argue that urban apartments can backfill units more quickly, but that’s only true when compared to lower-tier suburban assets – especially in slow-growth markets. Our research has shown the best suburbs (higher-rent areas in growth markets) consistently match urban areas in new lease applications per vacant unit.

If you’re a REIT with a suburban Sun Belt portfolio, next time an analyst asks you about the loss of renters to home purchase, remind them of the facts. This is a big reason why Wall Street has perpetually undervalued suburban and Sun Belt assets.

Myth #4: Apartments are thriving because of the housing bust.

It’s widely assumed that the foreclosure crisis and subsequent drop in homeownership drove people out of single-family homes and into apartments. But that’s not what happened. Last year, the Mortgage Bankers Association put out a great research report on housing demand. The report showed that the drop in homeownership—particularly among Americans between the ages of 25 and 44—has led directly to a boost in single-family rentals. In fact, the share of 25- to 34-year-olds renting single-family homes jumped from 16% to 22% between 2004 and 2014. In the 35- to 44-year-old group, the rate climbed from 11% to 18%. In both age groups, the share renting multifamily units inched up only 2 to 3 percentage points over the past decade.

Households that went through foreclosure or haven’t been able to buy their first home for whatever reason, most of them aren’t sticking around in apartments. They’re renting single-family houses.

The fourth myth flows right into Myth #5. It’s true that Millennials are driving the apartment boom, but not because of a phobia to single-family houses. Yes, Millennials are getting married later and having children later. But those differences haven’t translated to a higher share of young adults living in apartments compared to prior generations at the same age. The MBA’s report showed that back in 1994 (when the oldest Millennials were still kids), 39% of the 25- to 34-year-old group rented a multifamily unit. The share fell to 35% in 2004 and clawed back up to 37% by 2014. So, the share hasn’t changed much – and is actually down slightly from 1994 levels.

What has changed, though, are the raw numbers behind those percentages. The U.S. added 4.3 million more 25- to 34-year-olds between 2004 and 2014, according to the Census. If 37% are renting multifamily units, population growth alone accounts for an additional 1.6 million young adults moving into multifamily rentals. It’s simple math.

When real estate professionals start sweating over the costs of renting apartments versus buying houses, they enter the theoretical world of Economics 101, where consumers make rational, objective decisions free from subjective stuff like emotions and preferences. The problem with this, though, is it’s not how the real world works.

Have you ever met someone who actually sat down at their kitchen table and crunched the rent-or-buy numbers in advance of making a housing decision? Even if you were agnostic to the flexibility of renting versus the pride of homeownership, a number of factors (location, square footage, amenities, condition etc.—and the value you place on each variable) quickly transform simple math into complex financial analysis. Furthermore, most rent-or-buy calculators live on websites that make their money from real estate agents, so they tend to conveniently exclude homeownership’s pesky ongoing expenses like taxes, insurance, maintenance, HOA dues and PMI.

For all these reasons, lifestyle and life stage are often the first variables in choosing between multifamily and single-family. This isn’t to say money isn’t a factor. Of course it is. But the rent-or-buy calculations are far more important to someone deciding between renting or owning a single-family home.

Jay Parsons is VP with MPF Research, the market intelligence arms of RealPage Inc. The views expressed here are the author’s own.