Minute By Minute: Highlights for the Fed’s July Meeting Notes 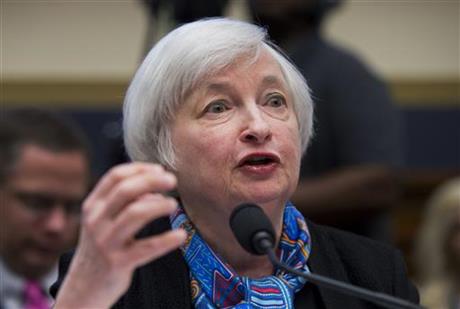 Newly released minutes from the Federal Reserve’s meetings between July 26th and 27th have brought forth a definitive conclusion in the mind of many economists: an interest rate hike is likely coming soon. How soon? That’s still a murky question. Released on their official website and spanning over 9,214 words in length, the minutes highlighted a set of mixed opinions of the policy makers in charge of the United States central banking system. Led by Chairperson Janet L. Yellen, the board of governors discussed a myriad of topics including labor outlooks and the possible effect of inflation on the current world economy. As is the policy with minutes released by the organization, all names were omitted from the document and all dialogue was written in a direct, calculated way to avoid rampent speculation. The decisions made overtly reflected the overall tone of the announcement of no interest rate hike that followed the meeting. As noted in a previous post on our site, the Fed decided to keep benchmark rates between 0.25% and 0.5%

On display in the minutes was a slight divided among those attending p regarding how best to respond to the news of strong job growth in the wake of economic recovery. As noted by Neil Irwin of the New York Times “Some policy makers saw evidence that the labor market was getting tighter, the result of which should be higher wages and prices.” He further explains that others at the meeting countered this sentiment, believing that additional information would be needed before resorting to a raising rates.

The report itself suggests that this desire for more information was due in part to inflation continuing to maintain just shy of the Fed’s 2 percent goal. In their opinion “the Committee would likely have ample time to react if inflation rose more quickly than they currently anticipated, and they preferred to defer another increase in the federal funds rate until they were more confident that inflation was moving closer to 2 percent on a sustained basis.”

Even with these differing opinions, those assembled agreed that the committee would continue assessing changes in employment and inflation to determine the need for additional hikes in the short-term interest rates. Many present even expressed optimism that the United States may have already entered a period of maximum employment and that they could soon capture 2 percent inflation. Continued market optimism lead many to propose a rate increase.

“Given their economic outlook, they judged that another increase in the federal funds rate was or would soon be warranted, with a couple of them advocating an increase at this meeting.”

This opinion, though unsurprising, highlights the mindset that an increase in rates would be necessary to avoid dramatic changes to current economic recovery. With many at the meeting even advocating a rate hike (that was ultimately declined) shows that such action won’t be off the table any time soon.

Deciding when a rate hike could take place may be up for speculation. The minutes noted that many members perceive inflation to remain low for now but that “most anticipated that inflation would rise to 2 percent over the medium term as the transitory effects of past declines in energy and import prices dissipated and the labor market strengthened further.” So does all this point to a hike coming in September? Many analysts see the elusive goal of reaching 2 percent inflation as an indication that there will be no action. As noted by Jeff Cox of CNBC “Reading further through the minutes shows a continuing battle between “some” and “several” on inflation, “risks to the outlook” and general economic data, including threats from abroad such as Brexit.”

The Minutes of the Federal Reserve featured in this article can be found HERE.

Neil Irwin’s article “The Fed Is Searching for a New Framework. New Minutes Show It Doesn’t Have One Yet” can be found HERE.

Jeff Cox’s article “Relax! The Fed’s still not hiking rates this year” can be found HERE.