Another Month, Another High For Apartment Rents 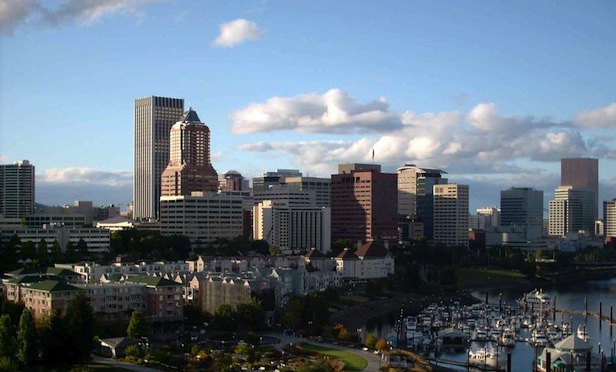 SANTA BARBARA, CA—Markets in the Western states continue to predominate in the high end of the rent growth ranking on a trailing 12-month basis, according to the latest Yardi Matrix report.

Call apartment rent growth the Energizer Bunny of commercial real estate. The average monthly rent notched up by $10 nationwide in May to another all-time high of $1,204, Yardi Matrix reports in its latest monthly survey of 119 markets. “Clearly, rent growth deceleration hasn’t happened yet,” according to the Yardi Matrix report, although warnings of such deceleration have persisted for months.

Rents rose by an average of 0.9% in May and were up 6.0% from a year ago, in line with the trends reported for April. In terms of leasing, Yardi Matrix says occupancy was 96.0% in April, down 10 basis points from March but up by a percentage point from a year ago. Occupancy has been at least 95% for the past two years.

“Another month of above-average rent growth and elevated occupancy demonstrates the strength of the US apartment sector, particularly when viewed against the backdrop of rising completions,” according to the Yardi Matrix report. The month saw some shifts in market-level performance, with Tampa, Austin and Orlando declining in the rankings, while Atlanta and Los Angeles crept up.

When it comes to occupancies, stabilized Renter-by-Necessity properties have been outperforming Lifestyle assets since this past September, and “the gap shows no sign of narrowing,” according to Yardi. The average occupancy rate of 96.0% is an average of the rates for Lifestyle properties, which hover closer to 95.8%, and those of Renter-by-Necessity assets, which average closer to 96.2%. “The incidence of high-end supply growth across the country is more likely attributed to this factor, as demand at the high end has started to wane,” the report states.

Yardi says occupancies are high throughout the 30 markets that comprise the Matrix Monthly. They range from 97.2% at the high end, represented by Orange County, to Houston’s 94.7% at the low end, due mainly to declines in that metro area’s Lifestyle segment.

Not surprisingly, markets in the Western states dominated the high end of the rent growth ranking on a trailing 12-month basis, led by Sacramento, Seattle, San Francisco and Portland. More mature, slower-growth markets in the Mid-Atlantic states form the lower end of the T-12 ranking, including Philadelphia, Richmond, Baltimore and Washington, DC.

That being said, though, Yardi notes that with occupancies as well as rent growth, “even markets at the low end of the ranking are doing well by historical standards. Occupancy rates were boosted by the dearth of new supply in the wake of the Great Recession, as projects were canceled due to lack of demand or inability of sponsors to get financing.”

Vacancies are likely to rise slightly in the coming year, due to the amount of new supply coming on line this year. “We expect the brunt of that impact to be felt in the Lifestyle segment, where new supply has been concentrated,” according to the report.

“Consistent job growth and the aging of Millennials into their prime renting years” continue to drive apartment demand, according to Yardi. May saw the 74th consecutive month of employment growth in the US, pushing the net gain to date in this expansion to 13.5 million jobs. “Meanwhile, growth in the prime renter age cohort is expected to support the formation of an estimated one million households annually for the next few years.”