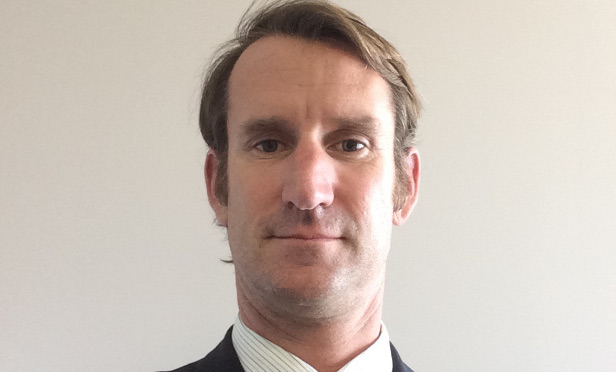 This article was originally posted by Carrie Rossenfeld and discusses how San Diego is seeking to create a diverse waterfront.

SAN DIEGO—With long ground leases and use restrictions, the Port of San Diego has constraints on what it can do, but is still developing a waterfront with wide appeal, principal of portfolio management Anthony Gordon tells Globest.com. Gordon will be speaking on the panel “How Diversity Drives Economic Growth in San Diego” during RealShare San Diego on May 17. We spoke exclusively with him about how commercial real estate is changing on the waterfront and what lies ahead for this important region of Downtown San Diego.

Gordon: There’s a couple of things, from the Port’s perspective. We are in a unique position as a public agency. Historically, the demand for property at the waterfront that the Port manages has been high. The reason we’re seeing such a flurry of activity right now is because we have space available, and we’re going into the market looking for interested developers to develop these sites. We do up to 66-year ground leases on the properties we manage at the waterfront, so a lot of these parcels, like convention hotels, don’t turn over very often. Many of the marina ground leases are around 40 years, and the smaller, lower-rise hotels can be 40 or 50 years, so when leases come up and there’s an opportunity to go to the market, it’s a pretty big deal.

We have put out some big RFPs on East Harbor Island, where we’ve had some rental-car companies occupying sites for many years, but their leases are coming up and they’re relocating to the airport’s consolidated-rental facility. The Port is able to consolidate these parcels to gain a larger redevelopment area, and we can manage the timing by entering into shorter-term leases that allow the contracts to expire at the same time so we can market a larger area. The Central Embarcadero area has leases that are up next year, so we can think about how to transform that area into the world-class waterfront that it deserves. We gave an update to our board recently: we’ve had 11 responses to our RFP for Central Embarcadero, and that’s a testament to our development team and the work they’ve put in to attract interest from national and international developers.

GlobeSt.com: How does diversity come into play as an economic driver for this market?

Gordon: We have a number of complementary uses in these larger redevelopment areas, particularly down in Central Embarcadero. One of these important legacies is commercial fishing; Santa Monica Seafoods has some short-term leases in the tuna harbor, so those kinds of unique uses we try to accommodate and incorporate into the larger redevelopments out there. There are some smaller retail operators out there, some subtenants, and there might be some larger cultural uses and hotels that we see as all working together. We want a place where people can come down and stroll along the waterfront and it doesn’t cost a lot, or they can stay in an upscale hotel and have that experience. It’s such a unique location on the waterfront that all divergent uses can complement one another.

GlobeSt.com: What role will the office sector play in the waterfront area?

Gordon: Because we’re a little constrained in the types of uses we can have on our property pursuant to the public trust doctrine, the Port doesn’t do a lot of office. We can’t have an attorney’s office or regular commercial-office space there; it has to be marine related in nature. It has to have that synergy; otherwise we’re not allowed to do it. Also, demand for the types of office that would work on the waterfront is a little bit less.

GlobeSt.com: What else should our readers know about the Port and commercial real estate?

Gordon: I’ve been with the Port for about 12 years, and the number of major redevelopment projects going on at the waterfront right now is unprecedented. We have projects going on the South Bay, the Chula Vista Bayfront master plan is moving forward—we have a hotel developer down there with whom we are in exclusive negotiations—and we have activity going on at East Harbor Island and National City. It’s an exciting and dynamic time for us.