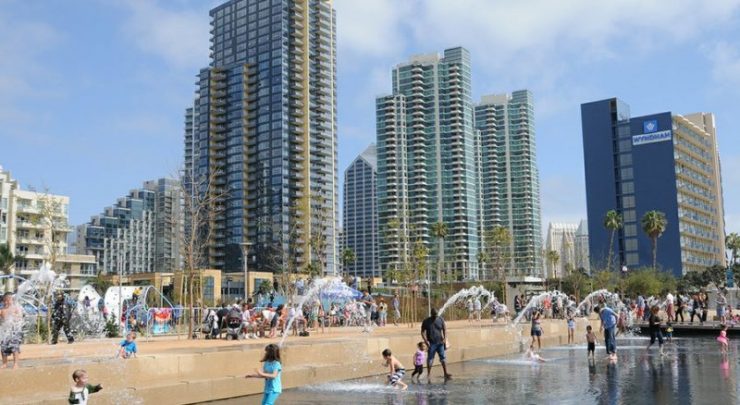 After decades of building car-centric suburbs, developers now realize they may be partly responsible for a rising tide of obesity.

The County Waterfront Park, the $50 million makeover of the parking lots at the County Administration Center, received the Healthy Place Crown Jewel Award because it celebrates recreation, urban living and a new use for an asphalt wasteland.

ULI local chairman Greg Shannon, whose Sedona Development is currently working on a 6,500-acre master-plan community in Tijuana, said the healthy places movement hit home to him when his wife gave him a Fitbit.

He racked up an admirable 10,000 daily steps on a Sunday. But at work the next day, activity dropped by two-thirds because he was glued to his desk.

“Probably over the last 60 years we’ve done a great job making things as convenient and efficient as we can, and we’ve fallen a little too much in love with technology,” he said. “But those things have unintended consequences. One is health has suffered with all the driving we do. We have greenhouse gases, car emissions, diabetes, asthma.”

“Moving from smart growth to healthy places is definitely a step in the right direction,” she said. 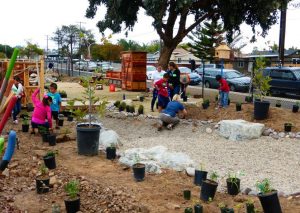 ULI is an 80-year-old membership organization based in Washington, D.C., and is made up of about 38,000 developers, financiers, architects and other real estate industry leaders.

“Developers are interested in something that they can do to make money,” he said.

But as case studies piled up, doubters came to realize that well-designed and located projects with walking paths, fitness centers, public transit and access to parks and healthy food stores paid off.

“Every single person in the world is interested in their health,” McMahon said. “What we found is health-promoting features in development are probably one of the best sells there is.”

He cited a CEOs for Cities report that found that every one point increase in the Walk Score index raises a property’s value anywhere from $500 to $3,000.

After one year of operation, riders on Charlotte, N.C.’s light-rail transit system lost an average of 6 pounds over those who drove to work.

“My students have a very different vision of the America they want to live in,” Jackson said, and it’s not the big, isolated suburban house surrounded by a picket fence. “They don’t want to be like their parents who drive an hour and a half to work each way, come home and stretch out and buy fast food because they have no time to cook dinner.”

Today’s obesity problem is the result of 70 years of suburbanization, the healthy places advocates say, and it can be reversed by better planning, more community gardens, less reliance on cars and revitalization of inner city neighborhoods where mixed incomes can live comfortably side by side.

Gregor Connors, 35, chairman of the ULI healthy places initiative, said he grew up in Poway and lives on the North County coast. He isn’t sold, at least not yet, on downtown living, especially for families with school-age children. But the graduate of the University of San Diego’s real estate master’s program does believe the merger of financial feasibility with good design will result in healthier living.

“It’s about great opportunity and better choices,” he said.