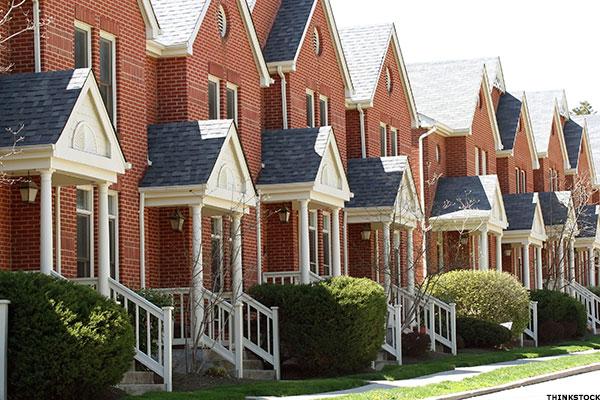 Originally posted by Than Merrill discusses how real estate investing in 2016 has changed throughout the year.

Real estate has been on a good run, the stock market, not as much. Both trends should continue throughout 2016. The industry represents a surer bet than other types of investments, particularly equities. Real estate is likely to benefit from continued low interest rates and the perception that it is a safer type of investment than others. Consumer sentiment about the industry is positive.

To be sure, even real estate carries risks. Real estate investments require careful analysis and decisiveness when it’s time to strike a deal. The industry is not immune from market fluctuations and global economic, political and social events.

But real estate’s recent momentum does not seem likely to wane any time soon. Even if stock markets go into another tailspin similar to the one that occurred in late 2015, the industry should have enough momentum to benefit investors throughout 2016 — if not beyond.

Consider the following three factors that impact real estate and what’s likely to happen in the months ahead.

In December, the Federal Reserve deemed the U.S. economy healthy enough to raise interest rates in December of last year by a quarter of a point. However, with the U.S. benchmark index suffering through a turbulent first quarter, and mixed economic signs, the Fed has cautiously avoided raising rates again.

Interest rates should stay where they are for a while, or at lest until the stock market regains its footing and economic uncertainty lessens. This is a positive for real estate investors, including prospective homebuyers seeking investment opportunities in the most popular neighborhoods. It makes sense for them to take action when rates are low. Cheap money increases purchasing power.

That said, the economy is on sure enough footing for a number of companies to be in need of space. That helps real estate investment trusts (REITs).

REITs are benefiting from today’s fundamentals, and could do even better as the economy improves — even if the Fed raises rates again, and stock markets head upward. A healthy economy encourages consumer spending, which spurs companies to hire new employees and expand. REITs benefit from higher occupancy rates, attractive rental yields, and improved fundamentals.

Not surprisingly, REITs have outpaced the broader market over the course of 2016. In March, REITs increased returns for investors by 10%, whereas the S&P 500 saw returns increase 6.8%.

One REIT, in particular, has demonstrated remarkable consistency in both stability and income potential: Vanguard (VNQ) . The Vanguard REIT ETF invests in stocks issued by REITs, but to mitigate risk, Vanguard has holdings in retail, residential and office REITs. It also has health care assets. Vanguard is more diversified and caters to more risk averse investors.

“Based on the past four quarterly distributions, the Vanguard REIT ETF yields more than 4% at current pricing. And it VNQ, -0.66% features the typical rock-bottom cost of a Vanguard fund, with an expense ratio of just 0.12%, or $12 annually on each $10,000 invested,” according to MarketWatch.

In one of the worst starts to a year ever, the U.S. benchmark index looks as if it will get worse before it gets better. There are simply too many negative and uncertain signs. They include low oil prices, a slower Chinese economy and regional strife.

It’s difficult for even seasoned stock market investors to remain encouraged about the future.

Yet the volatility may be conditioning investors to seek safer alternatives. Investors are less inclined to bet on high-risk/high-reward options, and more likely to gravitate toward safer investments. The need for security has trumped the potential for larger gains.

The housing sector is generally viewed as a more conservative investment. That might partially explain why home flipping increased in more than 75% of U.S. markets in 2015. Instead of buying stocks, investors looked for ways to profit from buying homes.

The latest Home Flipping Report released by RealtyTrac suggests that more people are flipping houses, which may stem from an exodus from the volatile stock market. According to statistics released by the leading property data provider, “179,778 U.S. single family homes and condos were flipped in 2015, 5.5 percent of all single family home and condo sales during the year.”

“The 5.5% share of U.S. home flips in 2015 was up from a 5.3% share in 2014, marking the first annual increase in the share of homes flipped following four consecutive years of decreases,” said the report.

It’s understandable that real estate investing started gaining significant traction when the stock market exhibited signs of volatility. Risk-averse investors saw a chance to protect their portfolios with physical assets (single-family homes). You could also argue that they were encouraged by recent appreciation rates. What they buy today is likely to be worth more in the near future.

When confidence is high and the stock market is soaring, people are more likely to buy homes and invest in real estate. However, the reverse is also true: people are less inclined to commit to a 30-year mortgage when confidence declines.

Given recent discussions of bear markets, investor confidence has been shaken. Such losses of confidence can inhibit people from investing in real estate, despite how attractive it may be.

Still, real estate landscape has had a prosperous run and investor sentiment is largely positive. That’s unlikely to change. Whether stock markets suffer or not, it’s a good time to invest in real estate.

This article was originally posted to The Street and can be found HERE.