The Future May Let Buyers Tour Homes Through Virtual Reality 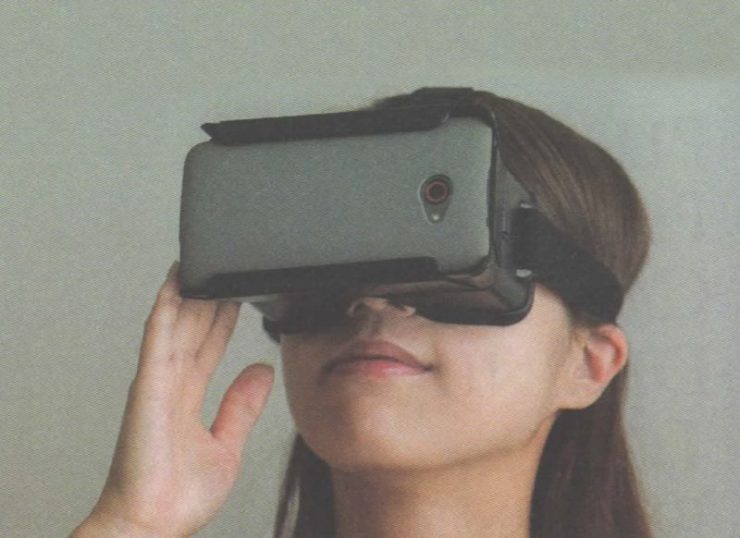 Showing a home in person could become passé. The day is coming when buyers will slip on a virtual reality (VR) headset and be transported to a home where they can wander from room to room and size up whether it feels right without actually visiting. The technology brings your listing directly to your buyers, whether they live in Shanghai or down the street.

The early promise of VR centered on videogames, but the technology is now finding commercial applications, including some presented in January at CES 2016, the world’s biggest consumer electronics show. VR is gradually entering real estate as brokerages start to get a feel for what the technology is all about. Some companies anticipate that consumers will gravitate to VR in the next few years, making the headsets must-have devices and creating an opportunity for brokerages, especially those focused on high-end properties.

Driving the expected boom is a critical mass of available systems as VR headsets become more available to consumers. Google’s low-cost Cardboard viewers come as either a fold-out cardboard format or a plastic headset that works with an iOS or Android phone, while more sophisticated consumer models debuting this year include the Oculus Rift ($599), and HTC’s Vibe Pro, which ships for $799.

Matthew Hood of Sotheby’s International Realty in Los Angeles has been experimenting for more than a year by allowing clients to tour multimillion-dollar residences using the Samsung Gear VR headset (available for $99 for certain Galaxy smartphones). For example, his clients can view a $6.95 million ocean-side Malibu property in 3-D by putting on the headset, which then fills the buyers’ complete field of vision with the 10,000-square-foot home. The technology allows users to look up, down, and from side to side as they take in the spacious kitchen, wine cellar, and outdoor infinity pool, along with details such as the wrought-iron chandelier and French limestone floors.

“It blew us away,” says Jonathan Kaufman Iger, CEO at Sage Realty Corp. in New York, referring to the first time he saw VR’s potential for commercial real estate through a pitch from Floored, a company that creates 3-D graphics for the real estate industry. Sage has since started to use the technology for its own offerings. In the spring of 2015, it hired Floored to develop 3-D mock-ups of some of its commercial spaces; the brokerage could then show the spaces to prospective tenants on an early prototype version of the Oculus Rift headset.

Sage is using virtual staging for some office spaces it leases on Madison Ave., including 800,000 square feet of space at an office tower, so prospective tenants can envision how the offices could be outfitted. “It can be difficult to step onto a raw floor or existing space and visualize the layout,” Iger says. Now, clients can go to a marketing room in the building, put on the Rift headset, and instantly get a 360-degree rendering of the space built out as a restaurant or an office area (check out sample views at realtorm.ag/VRrendering).

Tenants can also see what the $40 million renovation for the office building’s outdoor terrace will look like when it’s completed. Because the Rift requires a constant connection to a high-powered computer, the tours are done from a rig set up at an office. The brokerage hopes one day that prospective tenants can don the headsets as they are touring the actual space.

“It’s been tremendous,” Iger says about the feedback from clients who have used it. “You can get a better sense of the depth and scope of a space through the headsets. This really helps to offer a firm understanding of what is possible in an otherwise empty space.”

For now, real estate companies who want to venture into VR need to buy their own headsets and equipment that’s powerful enough to capture a 3-D video or scan of the property that’s compatible with the headset. An alternative is to work with companies experienced in VR production.

Hood says he has paid about $500 for a 3-D scan of a 3,OOO-square-foot home to use with his VR headset. Hood has used compatible 3-D scans from Matterport, a 3-D imaging provider, that let viewers move from room to room by focusing on a dot that the software projects onto the image of the room.

Hood also has experimented with 360-degree video, attracted to the additional realism of such details as palm trees blowing in the breeze outside the home. These videos can be created using GoPro or other 360-degree cameras that record multiple angles of various points in the home and then stitching the movies together to be seen using a VR headset. But the costs of hiring professional to shoot 360-degree videos can be high-$3,000 or more.

Matterport is currently testing scans that can be viewed with the Samsung Gear VR and plans to roll out to other VR headsets in the coming months. (The price has yet to be announced.)

Until costs come down, 360-degree property tours using VR will likely remain in the luxury sphere. But the time-saving potential for you and your clients is enormous, and eventually the technology should be more widely accessible. One day your clients could view 20 homes from your office in an afternoon using a VR headset. What’s more, out-of-town and international buyers could view properties without having to get on a plane.

“VR gives you the visceral feeling of being in that location and has the potential to make the process of searching for a house much faster,” says Matt Bell, co-founder and chief strategy officer at Matterport.

Iger says his brokerage is closely watching how the technology evolves. He hopes to be able to offer clients the ability to slip on a VR headset and customize the space they’re interested in as they go, such as changing a dropped ceiling to a lofted one or a cubicle-packed layout to a more open office plan. “I believe VR has the potential to be like the industry’s move from photos to video,” says Hood. “The quality of the experience is already great, but it’s only going to get better.”

This article was originally posted in the April 2016 issue of The San Diego Realtor. For more information about this and similar articles visit the SDAR website HERE.