ACI Economic Earmark – When Will Cap Rates Bottom Out? 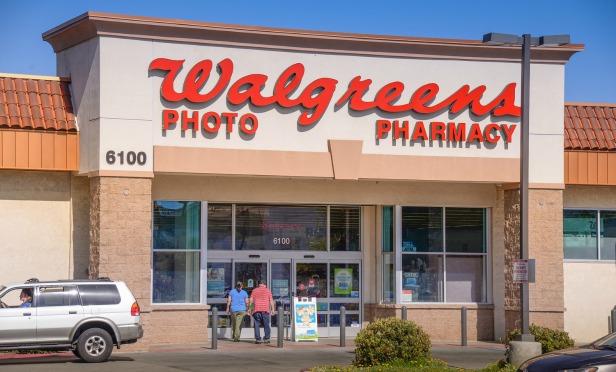 LOS ANGELES—The sale of a triple-net Walgreens at a record-low cap rate of 4.2% shows that cap rates for net lease product are still coming down.

A private and unnamed investor has purchased a triple-net leased Walgreens in Huntington Park at a record-low cap rate of 4.22%; the lowest cap rate paid for a triple-net retail property over $10 million in Los Angeles and one of the lowest cap rates nationwide. For the past several years, the market has seen and increasing demand for trip-net product, and this lease shows that demand is continuing to climb.

“The sale of the Huntington Park Walgreens represents the lowest cap rate for a single-tenant Walgreens in Los Angeles County priced over $10 million ever,” Patrick Kent, SVP at Hanley Investment Group, tells GlobeSt.com. “There is no doubt this is a rare sale of a Walgreens in Los Angeles County. Only one other Walgreens with an initial lease term of at least 14 years remaining traded hands in Los Angeles County in 2015. This type of investment doesn’t come up for sale very often. This transaction is another great example of the high demand for well-located single-tenant investments, specifically for credit retailers like Walgreens with a corporate guaranteed lease with investment grade credit.” Kent and his colleague EVP Bill Asher represented the seller in the transaction, while Nigel Keep and Bill Kurfess of Kidder Mathews represented the Northern California-based buyer.

Cap rates for this type of retail product have been coming down consistently for the past 12 months, according to Asher. “In the last 12 months, the single-tenant drug store market has experienced a dramatic drop in cap rates,” he tells GlobeSt.com. “No drug store in California sold for less than a 5.0% cap rate in 2014, while 2015 produced seven drug store sales with a 4% in the cap rate.”

This is a trend that will continue because of the growing demand for triple net product and in light of increasing global economic volatility. “With continued volatility in investments such as stock and bonds, more investors are looking to high quality commercial real estate,” says Asher. “A single-tenant investment such as Walgreens provides long-term cash flow, with low risk. As investors continue to look for security, we expect that the demand for these high quality single-tenant investments will remain strong through 2016.”

Located at the corner of Pacific Blvd. and Randolph Street, the 15,525-square-foot property was built in 2007 on a 47,916-square-foot lot at the corner and has a 92 walk score. Walgreens has 22 years left on its 30-year term lease. “Single-tenant properties are often favorites of those looking for a reliable income stream and a single-tenant Walgreens’ lease offers an extremely stable and secure investment opportunity,” adds Kent. “There is no doubt this is a rare sale of a Walgreens in Los Angeles County. Only one other Walgreens with an initial lease term of at least 14 years remaining traded hands in Los Angeles County in 2015. This type of investment doesn’t come up for sale very often.”