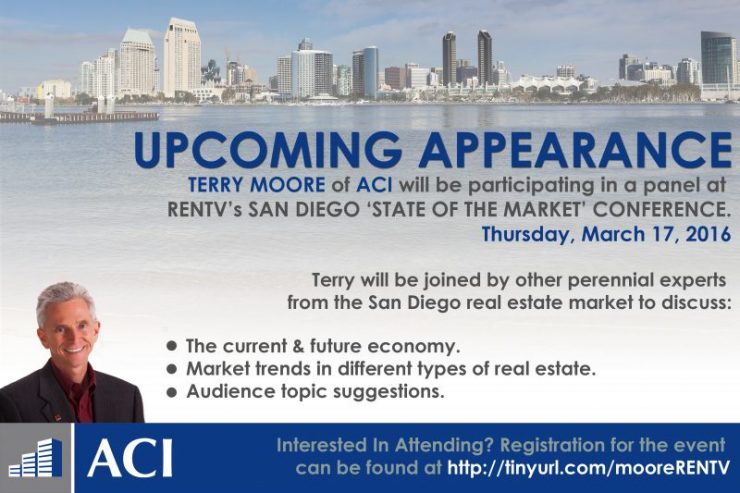 ACI’s own Terry Moore will be participating on a real estate panel for the 2016 RENTV San Diego ‘State of the Market’ Conference at the Crowne Plaza San Diego on March 17, 2016. If you are interested in attending, registration for the event can be found HERE.