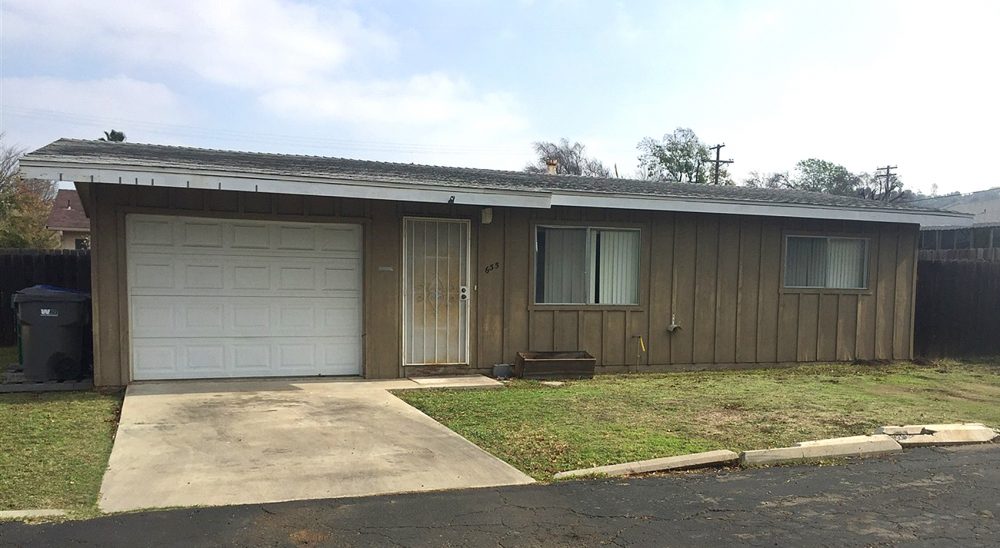 ACI Apartments is pleased to announce the recent sale of three separate houses on a single lot in the San Diego adjacent city of El Cajon. The units, which have a combined square footage of approximately 3,085 square feet on a 27,000 square foot lot, is located at 627- 635 West Chase Avenue and was sold for $745,000.

The property consists of a 3-bedroom 2-bathroom front house with a 2-car garage, and two houses that are both 2-bedroom and 1-bathroom attached garages. The buildings are located on a large lot with yards allowing for extra parking and building potential for the buyer. The property was purchased as part of a 1031 exchange from a single-family residence also in El Cajon.

The property is only a short distance from both Tuttle Park and Renette Park. Proximity to Kumeyaay Highway I-8 allows for easy travel to Downtown El Cajon as well as Mission Valley and Downtown San Diego to the west.

ACI is the most successful income property brokerage firm in the county since 1982. They specialize in apartment and investment property transactions, and have maintained a solid performance despite changing economic cycles. With an average of more than 140 closed escrows per year, ACI has closed more San Diego County income property escrows than any other firm in the county – that’s more properties than the number two and number three firms combined.  Please visit us online at www.aciapartments.com