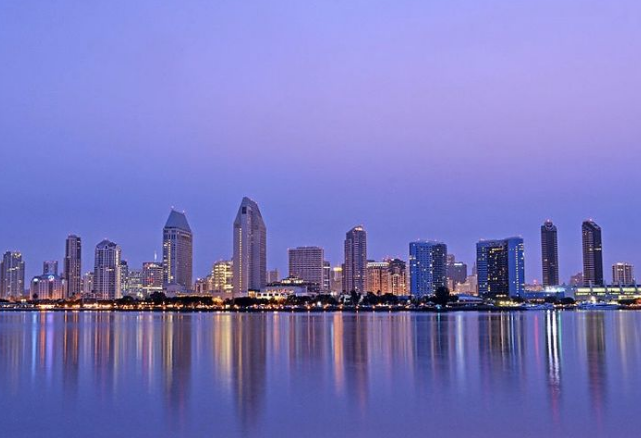 Eco-Conscious Cities across the United State may have a lot to learn from San Diego ecological efficiency. Two recent studies ranked America’s Finest City favorably for its implementation of renewable and sustainable programs. The studies, conducted separately by SaveOnEnergy and the American Council for an Energy-Efficient Economy, highlight the contribution of local legislation, sustainability programs, and commuter travel as major factors for scoring a city for efficiency.

For SaveOnEnergy, San Diego joined major metropolitan metros like New York, Los Angeles, and San Francisco by reaching number 4 out of the 200 Most Eco-Conscious cities in the United States. Reaching a total score of 55.2, San Diego was scored on it’s per household carbon footprint, walk-ability, park accessibility, and bike-friendly environment. The city was also commended for work on water quality improvements through the Think Blue campaign and Green Port initiative. “The city has built two water reclamation plants and wants to reduce its dependence on imported water” explains Julie Littman of Bay Area Bisnow who provided coverage of the top 7 cities to make the list, adding that “by 2035, the city aims to use 100% renewable energy.” According to the SaveOnEnergy Methodology, each city was scored on “nine aspects that indicate a discipline to environmental conservatism.” These categories were then weighed relating to environmental consciousness and data reliability. In many cases, scores were determined based upon existing infrastructure including number of electronic vehicle charging stations, reuse, recycle, and reduce programs, and average CO2 footprint per household. 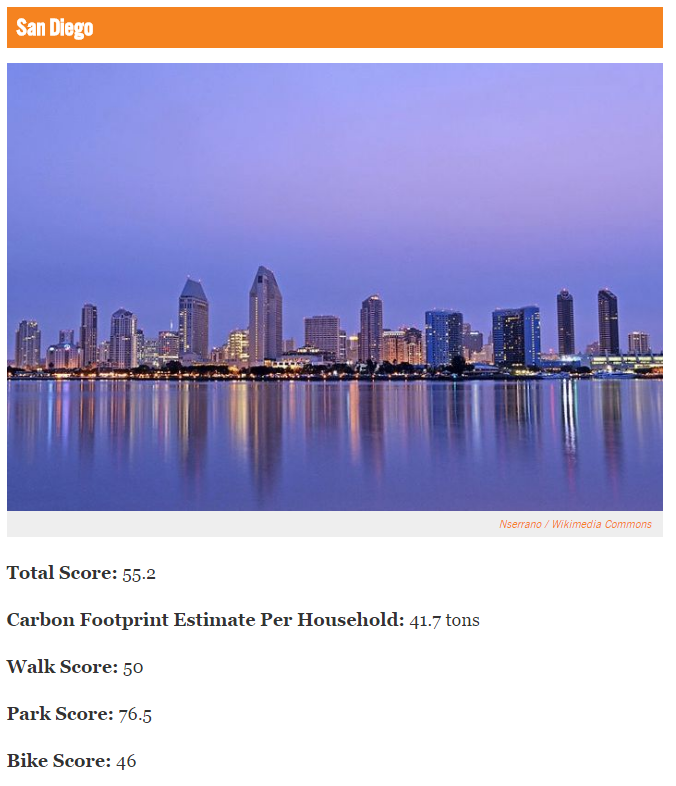 This isn’t the first time in recent months that San Diego’s dedication to sustainability helped them rank high on a survey. In Mid-May, The American Council for an Energy-Efficient Economy released their ranking of the 51 cities doing their part for energy efficiency. The result, San Diego reached 13th on the City Scorecard ranking. Of particular help in moving San Diego so high on the score card were a high Local  Government Score (due in large part to the Climate Action Plan the city adopted in 2015), modest energy and utility conservation, and solid public transportation. “This new ranking shows how far we’ve come in creating a more energy-efficient city in recent years” said San Diego Mayor Kevin Faulconer, “With the passage of our landmark Climate Action Plan, we’re setting the example for how to build a better and cleaner future for the next generation.” Kevin also cited work in solar energy as a major contributing factor. “We’re now the number one city for solar panel installations in the country” he notes, “we are using cleaner-burning fuels in our city vehicles, and we have committed to powering our city by 100% renewable energy.” 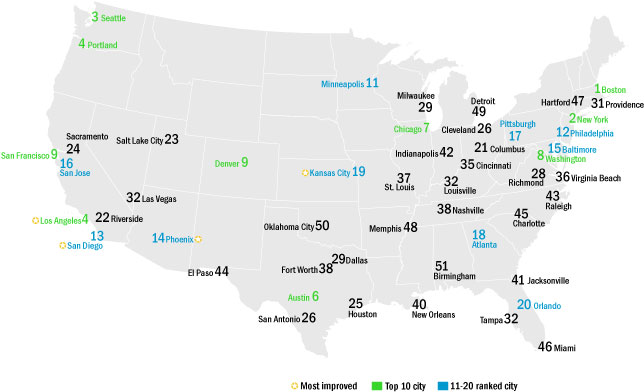 The San Diego Climate Action plan, adopted in December of 2015, seeks to reduce greenhouse gas emissions across the city. City officials claim this will be accomplished through the adoption of 100% renewable energy by 2035, reducing water consumption, and lowering motor vehicle transportation in favor of greener options. At the time of passage, Mayor Faulconer praised the act for “striking a sensible balance between protecting the environment and growing our economy, San Diego can support clean technology, renewable energy and economic growth.”