As we have already seen in previous articles in this series, building a strong agent-investor can make all the difference when perfecting a strategy toward financial independence. A broker with a strong working relationship will guide their investor through an evolving portfolio, ultimately resulting in multi-generational wealth. For Chuck Hoffman, ACI President and founding partner, his all time favorite transaction shares many of the qualities previously stated, but yet so much more. 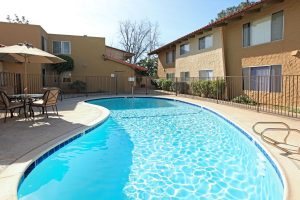 26 Units in El Cajon purchased from the sale of two fourplexes.

After initially making contact with his clients, the owners of two fourplex properties, Chuck set out to propose a single, larger asset to optimize their return on investment.  “I was staying in touch with the market and knew the value of their fourplexes had increased significantly” he explained, “ by helping them buy a larger complex I knew they could have equal or greater cash with potentially more appreciation”. Chuck recalls the most memorable aspect of acquiring the new property, a 26 unit investment in El Cajon, was the speed in which an agreement was reached. “I contacted the property owner on a Friday afternoon and he said he would be interested in selling, but to call his broker”. After reaching out to the agent, who was rather surprised that the owner wanted to sell, he agreed to work on behalf of his client. “By Monday we had an accepted offer.” 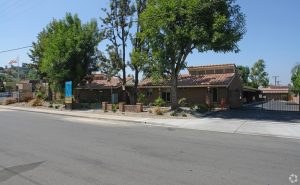 Even after the 26 units were acquired, Chuck worked diligently with his clients to strategize their next investment move. These included consideration for a refinance of their 26 unit property after a few years (resulting in the purchase of an additional 15 units also in El Cajon) and the possibility of an exit strategy as the couple reached retirement. To this end, Chuck suggested investing in a NNN property. “Many owners, similar to my clients, were looking to find a technique to not pay capital gains tax, acquire an investment that produces passive income and not have the hassles of management” he explained when asked about the unique exit strategy of a NNN investment. “With a NNN you can defer capital gain taxes in the purchase, have basically no management, have a bond rated long term tenant and can direct the asset to heirs after death.”

NNN Investment in Texas used for a retirement exit strategy

For these particular clients, the prospect of a property in an income tax-free state (Alaska, Florida, Nevada, South Dakota, Texas, Washington and Wyoming) with a strong business climate, lead them to acquire a NNN investment in Texas. A Walgreens building near the master planned community of The Woodlands was chosen after deliberation. The funds used for the purchase came at the sale of the previously mentioned 26 and 15 unit properties. “My clients were very fortunate to acquire this particular asset” Chuck recalled, also remembering the complex nature of the transaction to achieve all goals. “Our offer was complicated because we had two properties being sold to two different buyers in San Diego. Fortunately, my participation in organized real estate with various leadership positions gave credence to me.  I even went as far to have a conference call with the asset manager and my buyer.” The transaction did finally close after some complications regarding the promised loan, which were handled expertly.

In the end, Chuck suggested that the diligent work and teamwork with his clients resulted in a retirement strategy to be proud of. “They always were timely and complete in accomplishing the many steps of buying, selling, refinancing and exchanging.”  By being willing to work together toward a common goal, Chuck concludes that their financial future thrived as a result. “Their total commitment to each transaction insured an outstanding result.”