This article was original posted by Brian Croce of Multifamily Executive and can be found HERE.

The steady rise in rents has been well documented in recent years, but for many renters in the U.S., that’s not their only concern.

According to the latest report from Freddie Mac, more renters in September worried about rising utility bills than rising rents, and nearly half of the renters surveyed said they would be willing to pay more for rentals with cost-saving water and energy features. 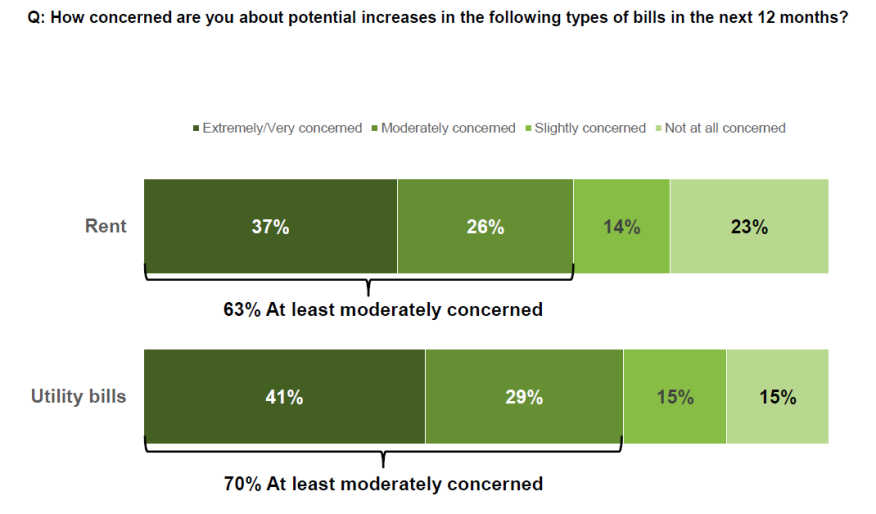 This was the first time the Freddie Mac survey included questions about renter perceptions and concerns about utility costs. Of the renters surveyed, 70% said they are moderately to greatly concerned about higher utility bills, while 63% shared the same level of concern about potential rent increases. Nearly three-quarters (74%) said higher utility bills would have some impact or a great impact on their household finances, almost as many as those who said the same (78%) about higher rents.

A large majority (88%) agreed that multifamily properties with energy- and water-saving features would help reduce their utility bills, with 84% saying green properties are generally better places to live.

Nearly half (47%) said they would be willing to pay more for an environmentally friendly rental. Renters in the South (52%) and West (49%) were more likely than those in the Midwest (39%) or Northeast (44%) to say they would pay more.

“Our research confirms the opportunity for investments in energy efficiency to provide a competitive advantage to multifamily property owners and managers,” said David Brickman, executive vice president of Freddie Mac Multifamily, in a release. “Given the significant burden already posed by rising rents, it is striking that so many are apparently willing to pay more for properties with features they believe will reduce their utility bills.” 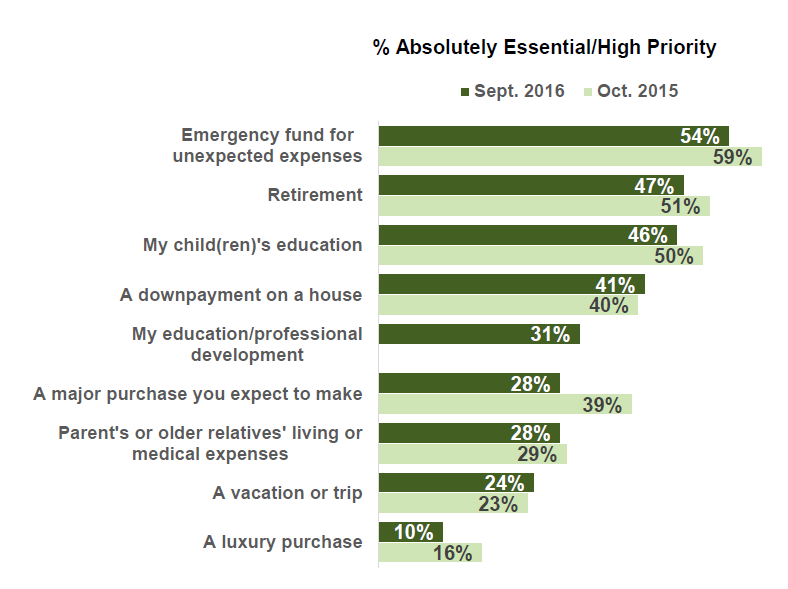 A majority of renters also said they put more importance on saving for emergencies, children’s education, or retirement than on down payments for a home. There was also no change in the propensity to rent, with 55% saying they expect to rent their next home, a similar figure from renter surveys in January 2016 and October 2015.

The number of respondents who said renting is more affordable than owning fell from 69% in January to 65% in September.

“We will continue to monitor the sentiment of renters closely,” said Brickman in the release, “but, for now, it appears renter concerns about household finances and rising rents may be stimulating less interest in buying a home and more in renting one with cost-saving features.”

Household Finance Concerns Increase
The concern about household financial situations over the past year increased in each generation—baby boomers (61% to 62%), Gen Xers (53% to 70%), and millennials (64% to 68%). As a whole, the percentage of renters who said they have enough money to go beyond each payday dropped seven percentage points over the past year, from 41% to 34%. Similarly, the percentage of renters who say they either live payday to payday or don’t have enough for basics between paychecks rose from 59% to 66%. And 19% of renters are worried about eviction because they can no longer afford the rent.

Down Payments Aren’t a Top Priority
Saving for a home down payment isn’t a priority for most renters, including millennials and Gen Xers. When asked to rank essential saving goals, here’s how the three generational groups responded:

The data, Brickman said, “provide further evidence that the increased propensity to rent that we have seen over the past 10 years is both broad based and likely to continue into the future.”