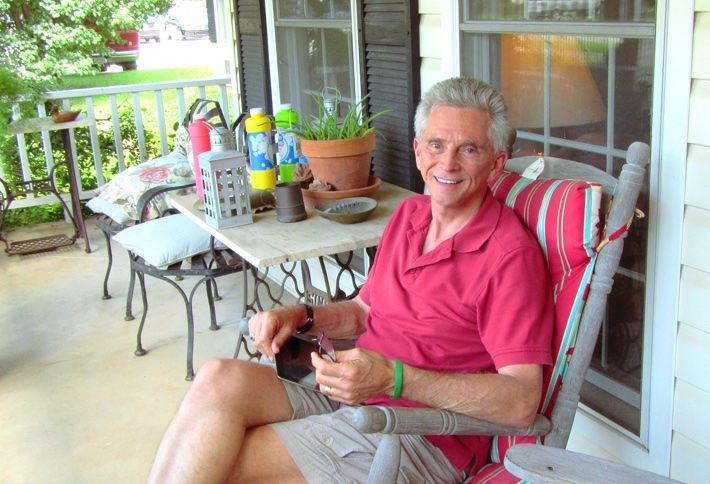 This article was originally published by Patricia Kirk of Bisnow, SD and can be found HERE.

Fortunes have been made and lost in businesses, stocks, precious metals, bonds and other investments, but multifamily housingreal estate is among the safest investment types and steadily builds wealth, ACI part-owner/principal Terry Moore tells Bisnow.

ACI is a locally based brokerage and advisory firm. “Thousands of investors who bought and held apartments in San Diego County are millionaires today,” Terry says, as lack of supply continues to drive values and rents up. Additionally, tax law favors multifamily investors, providing tax shelter and deferred taxes on profits.

While multifamily real estate has made developers and investors rich, himself included, Terry says anti-growth politics has created an environment that makes it difficult to build multifamily housing, which has resulted in insufficient supply to meet demand. 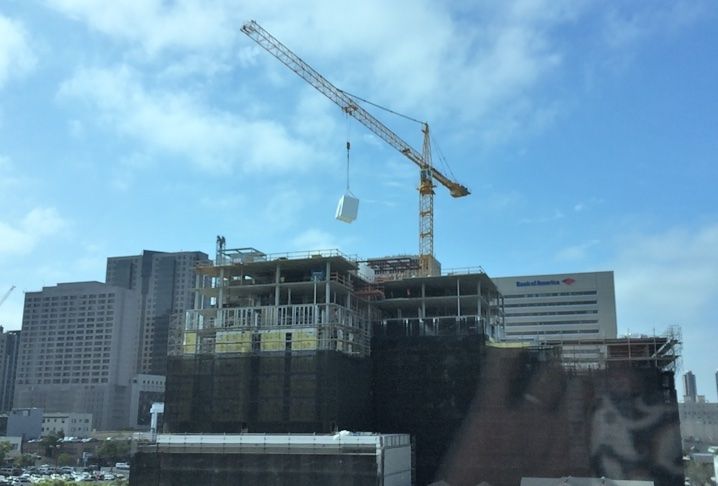 Pictured is Atmosphere, at $79M affordable housing infill project from Wakefield Housing & Development rising in Downtown SD between 4th and 5th avenues at the intersection of Beech Street. This project includes a 12-story, 154-unit tower and adjacent eight-story residential building with 51 units for homeless and mentally ill adults.

“Government has restricted construction of new apartments to a standard far in excess of the average,” Terry says. “Over the last generation, government has allowed only half as much housing as is needed. ”

Despite the boom in multifamily construction over the last few years, Terry notes that half of that construction has been in Downtown, and the only new multifamily housing product that pencils today is luxury and government subsidized low-income, tax-credit projects. “California cities are trending toward housing for wealthy and low-income populations, and fewer choices for the middle third,” he adds.

While some activists call for rent control, Terry says, “Rent control does not build more housing. It restricts the rights of current suppliers. Increasing supply of housing would take the price pressure off rentals.” 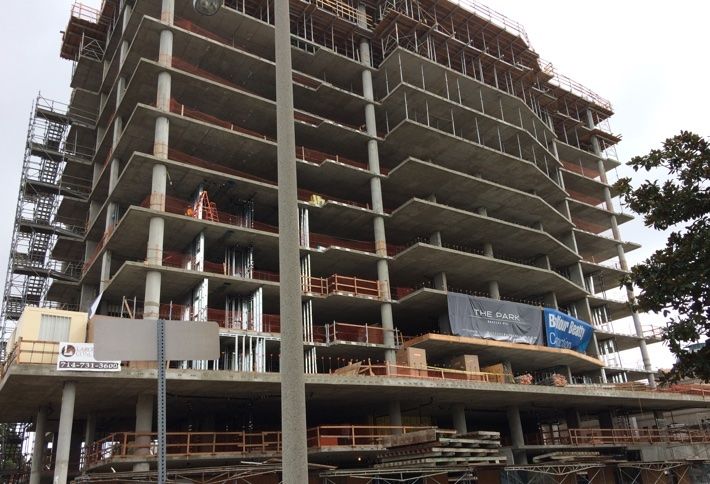 Terry points out that the state rewards local governments for building retail by giving them the sales tax revenue. In contrast rental housing of the same value costs cities extra for services, such as fire, police, schools and parks.

Additionally, he suggests that increasingly stringent building codes around environmental laws are hindering housing development. Ben Metcalf, director of the state’s Housing & Community Development Department, reported that 90% of environmental lawsuits against developers involve housing in infill locations. “These suits bring money to environmental groups, but they don’t protect Bambi in the forest,” he points out., noting that extra environmental costs reduce middle-class and working-class multifamily housing. “There are no spotted owls to save in Hillcrest,”

Terry emphasized Barriers on all sides of San Diego County—the Pacific Ocean, mountains, the US-Mexico border and Camp Pendleton—limit the ability to expand outward to accommodate growth. “The city and county could implement policies to allow more development in suburban communities,” he continues. “Local governments could offer incentives like faster pothole repair, more parks and libraries to neighborhoods that welcome more development.

“We don’t want to see ourselves as bigoted, but the current trends are pushing lower-income and younger people further east,” Terry says. “More people will be flying or driving to see grand-kids, because young households can’t afford the existing housing,” he warns. “NIMBYs have a disproportionate impact on community planning groups and show no concern for people who are not already in the neighborhood,” Terry charges, pointing out that higher home prices benefit the current owners, but push their kids into other times zones.

There are a number of state and local ballot measures for voters to consider in the Nov. 8 election that could affect the future of housing throughout the county.

Prop 51, a statewide measure that would provide $9B in general obligation bonds for public school construction projects, could negatively impact housing supply if it fails. Failure of this measure poses a threat to new housing production, because the California State Allocation Board earlier this year authorized school districts to triple “Level 3” developer fees. If Prop 51 fails, the SD Unified School District could raise developer school fees from $3/SF to about $10/SF to raise revenue for school construction projects.

Voters in Encinitas, an affluent coastal community well-known for its no-growth stance, are being asked to approve a new Housing Element plan, which is a state mandate requiring cities to provide housing affordable for all income groups. Approval of Measure T would bring the city into compliance with the state law and allow the city to implement a plan that identifies areas where high-density and affordable housing could be developed, while limiting the impact on public services and maintaining the suburban character of the city.

Del Mar voters will be asked to consider a slow-growth initiative on the November ballot. Measure R, which grew out of opposition to a 48-unit condo project, would require voter approval for any development over 25k SF that requires a zoning change or would exceed size and density limits. 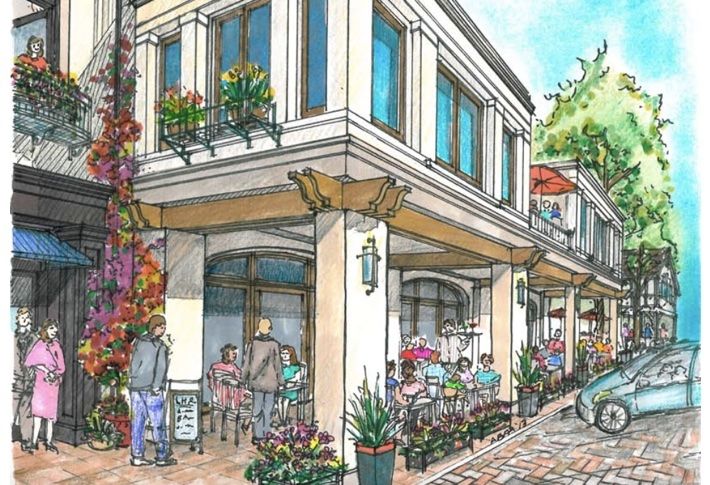 San Diego County’s Measure B will decide the fate of Lilac Hills Ranch, a proposed 608-acre master planned community with 1,746 residential units (multifamily and single-family), 90k SF of retail and office space, and a country inn, as well as recreational uses. The parcel is about 10 miles north of Escondido in the county’s Valley Center and Bonsall Community Plan areas. Locally based developer Accretive Investments has been trying to win approval for this development for a decade.

Encinitas Mayor Kristin Gaspar, a candidate for a county supervisor position, told Voice of San Diego this project could set major precedents that impact development throughout the county. She said developers are going to the ballot to bypass planning processes. Gaspar said Lilac Hills Ranch is the first of several projects being proposed in the northeastern area of the county, where there hasn’t been a lot of development, and the county hasn’t planned for development there. 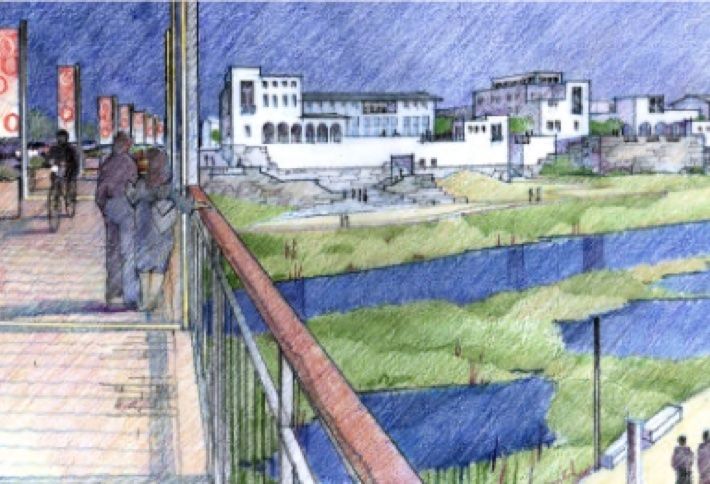 Courtesy of City of Oceanside

Other coastal North County communities are struggling with the need to create more housing while maintaining their suburban, beach-town character.

To win community support for a plan to redevelop the historic Downtown and adjacent Barrio neighborhood, Carlsbad is embracing resident input. This plan would revamp the land use plans for these areas and change zoning to allow higher-density housing and commercial development.

Oceanside City Council has adopted the Coast Highway Vision & Strategic Plan, but also invited community input. This plan calls for redevelopment of a 485-acre area known as the Coast Highway Corridor on smart growth principles, with higher density, transit-oriented, pedestrian-friendly residential and commercial development. Shown above is a rendering of Oceanside’s vision for an art bridge, revitalized river and adjacent development with a cultural arts center. 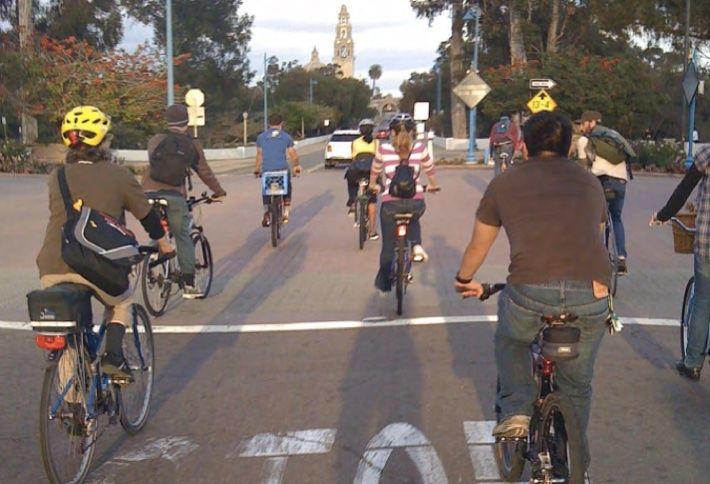 Courtesy of the City of Sango

Terry says the only way to slow rising rents and create affordable housing for all is to produce more housing. He suggests that the city change policies to incentivize housing production by linking higher-density housing to city services. He proposes allocating developer impact fees (DIFs) be allocated for improvements to communities that embrace higher-density housing initiatives. For example, Terry explains that density could bring faster pothole repair, underground utilities, extended hours for libraries and parks.

Civic San Diego collects DIFs from developers to fund public improvements, including a network of bicycle trails throughout the city, parks, libraries, fire stations and other public services required as a result of development and population growth. The agency has proposed spending $18.1M in DIFs during the 2017-18 fiscal year on public projects. 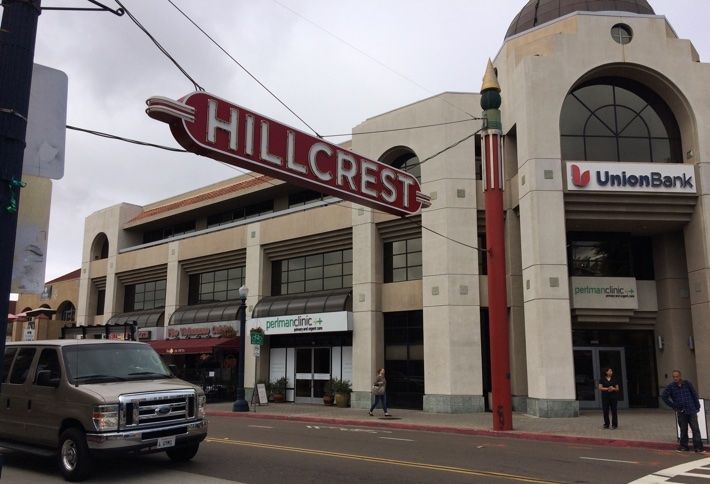 Hillcrest is an example of a San Diego neighborhood increasing density to create more housing. The proposed update to the Uptown Community Plan calls for 9,500 additional units, the majority of which would involve vertical redevelopment in the Hillcrest Gateway District (pictured), Uptown’s commercial core just north of Downtown. The plan, which encompasses six distinct neighborhoods including Hillcrest, would allow up to 74 and 109 units/acre along transit corridors. The City Council will consider the Uptown plan update at its Nov. 14 meeting, but anticipates opposition.

Terry says that suburban communities discourage apartment development, mainly because higher density increases the cost for public services, particularly schools. “If the state would change its sales tax allocation and stop penalizing apartment construction, local governments would authorize enough housing for their citizens,” he comments, pointing out that both Vancouver and Jacksonville are beautiful coastal cities with immense open space and enough housing for all citizens.

Noting that California has the nation’s second highest concentration of people per dwelling unit behind Utah, Terry concludes,“Anti-growth policy is ‘poor policy,’ as it’s creating a divisive society. This is a poor legacy to leave our children and grandchildren.” Hear more about the State of San Diego’s Multifamily Market at our Bisnow event tomorrow.