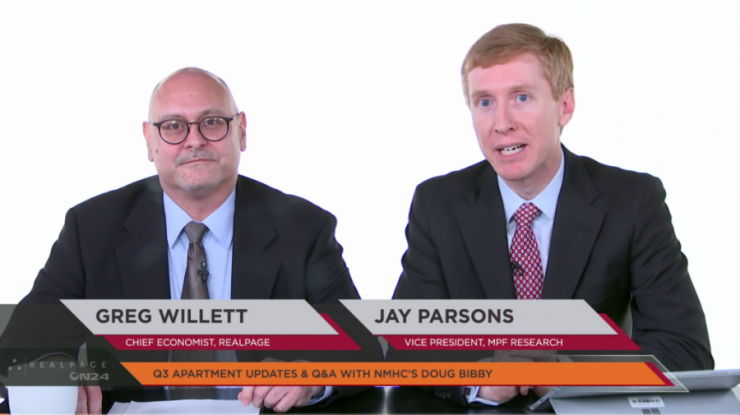 With an influx of new inventory in the apartment market and a drop in the price of rent for many metros, the US strength in apartment market continues to maintain healthy fundamentals. So say to experts from the MPF research organization during a RealPage webcast and Q&A session hosted by Doug Bibby. Chief economist Greg Willett and MPF vice president Jay Parsons presented their findings on the Q3 results of 2016. Their general conclusions showed positive signs, particularly in regards to rent growth. “Rents are still growing at a historically strong pace” explains Willett, “just not right to the degree seen last year”. This perspective was also suggested by Pearson, who noted that in many cases of lease – over – lease rent growth new renters could expect as much as 4.8% in higher costs.

Their suggestion of strength was further bolstered when they revealed current US occupancy numbers. Maintaining a 16 – year high, the United States  Is maintaining an occupancy rate of over 96.5%,  30 basis points higher than last year. This number is quite large, particularly when it is considered the nationally many metros added new units for rent. Willett it further reiterating that the numbers currently being created are also a historic high. “[Completion volumes are] around the highest level since the 1980s, and that doesn’t even include the huge number of projects doing a lot of pre-leasing right now”. In total, MPH suggest that over 78,000 units have been brought to completion in the third quarter of 2016. However, this pales in comparison to bring your behalf when considered against demand numbers which recently reached over 109,600. 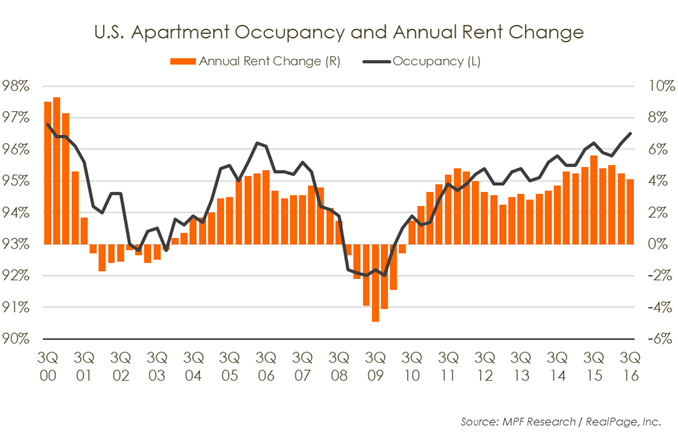 This number is likely to grow in the near future, even in spite of a slowdown in building permits in many apartment metrics. The panel noted in his statement reiterated by Paul Bubny in a follow-up report for GlobeSt.com   that as many as 555,121 units under construction now could be completed by the middle of 2017. This influx of new units may result in a narrowing of the gap between Class A and Class B units. in a separate report published by Brandon Crowell also of RealPage, a combination of new supply in Class A units, coupled with higher rent growth percentages in Class B units may soon result in A and B rentals leveling off at similar capacities. Currently Class A units have maintained an average of a $340 premium over Class B properties since 2001, increasing to nearly $500 in 2014. According to the report much of this new construction seen in the apartment market has been relegated to urban core areas, specifically being claimed these regions are “where the return on investment is perceived to be greatest”. This conventional wisdom was question why the MPF report, suggesting that many of these downtown metros actually lagged behind top-tier suburban equivalents. However, the researchers still feel strongly that the multifamily market is one of the best places to invest long-term funds. “Year-to-date, it’s the only asset class where sales volumes exceeding the pay set through the first eight months of 2015” Willett concluded. 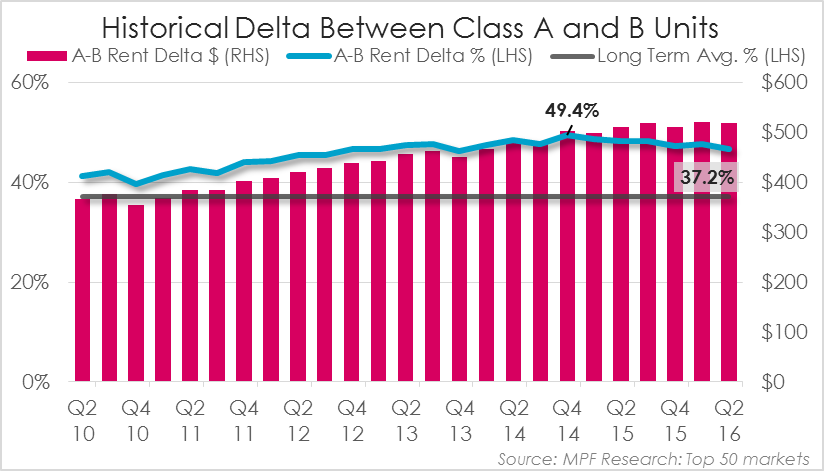 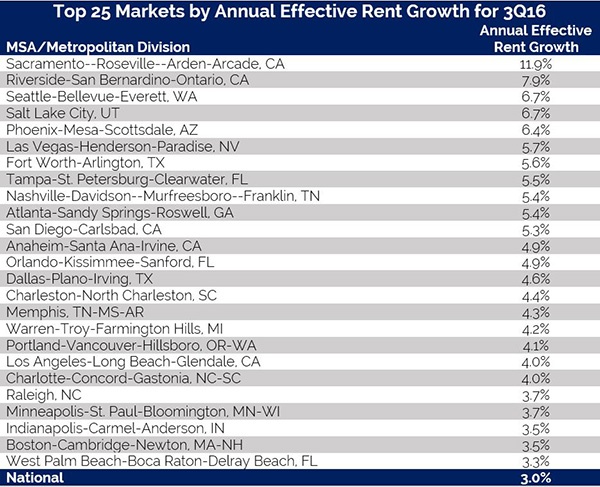 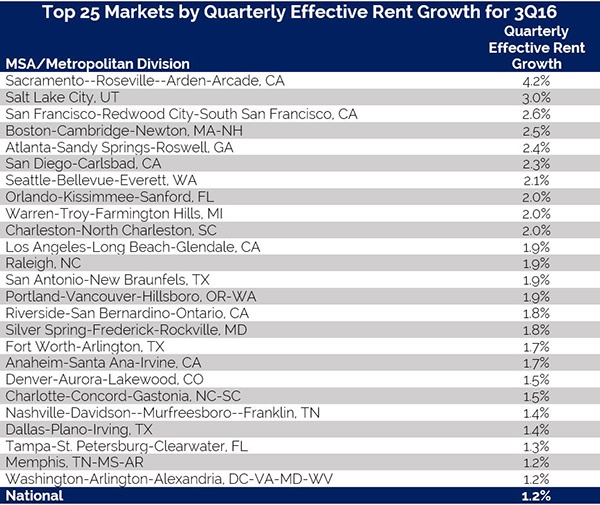 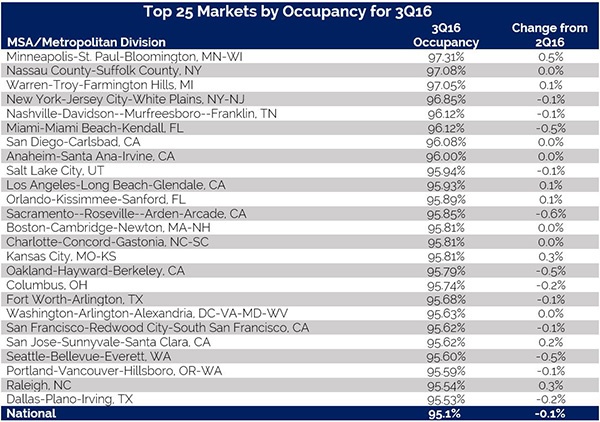