San Diego Unemployment Down in August 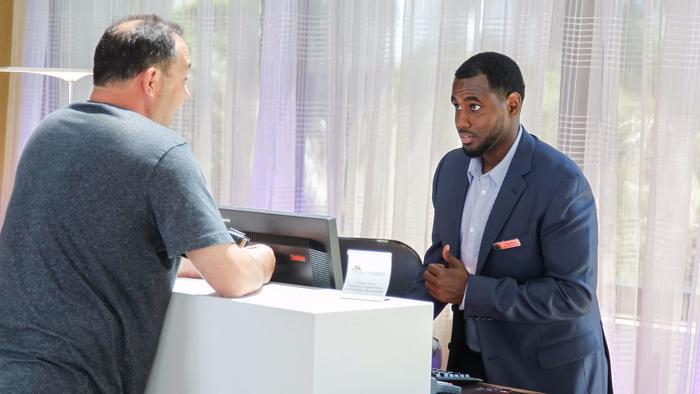 This article was original posted by Phillip Molnar of the San Diego Union Tribune.

Fewer San Diegans were out of work in August despite the usual drop in tourism jobs, with San Diego unemployment down state officials reported Friday. The region’s unemployment rate dropped to 5 percent in August, down from a revised 5.3 percent in July. That’s lower than the statewide 5.6 percent rate and the same as the nationwide 5 percent.

While August’s numbers were promising to economists because it is typically a higher month for joblessness as the tourism season winds down and students return to school, the slow overall job growth has some worried.

“The fact that we’re at 5 percent is a good situation,” said Alan Gin, an economist at the University of San Diego.

About 2,000 leisure and hospitality jobs went away from July to August. But, more than 6,000 jobs were added in that category in the past 12 months.

However, only 25,000 new jobs have been added across San Diego County in the past year, which Gin said could point to trouble. 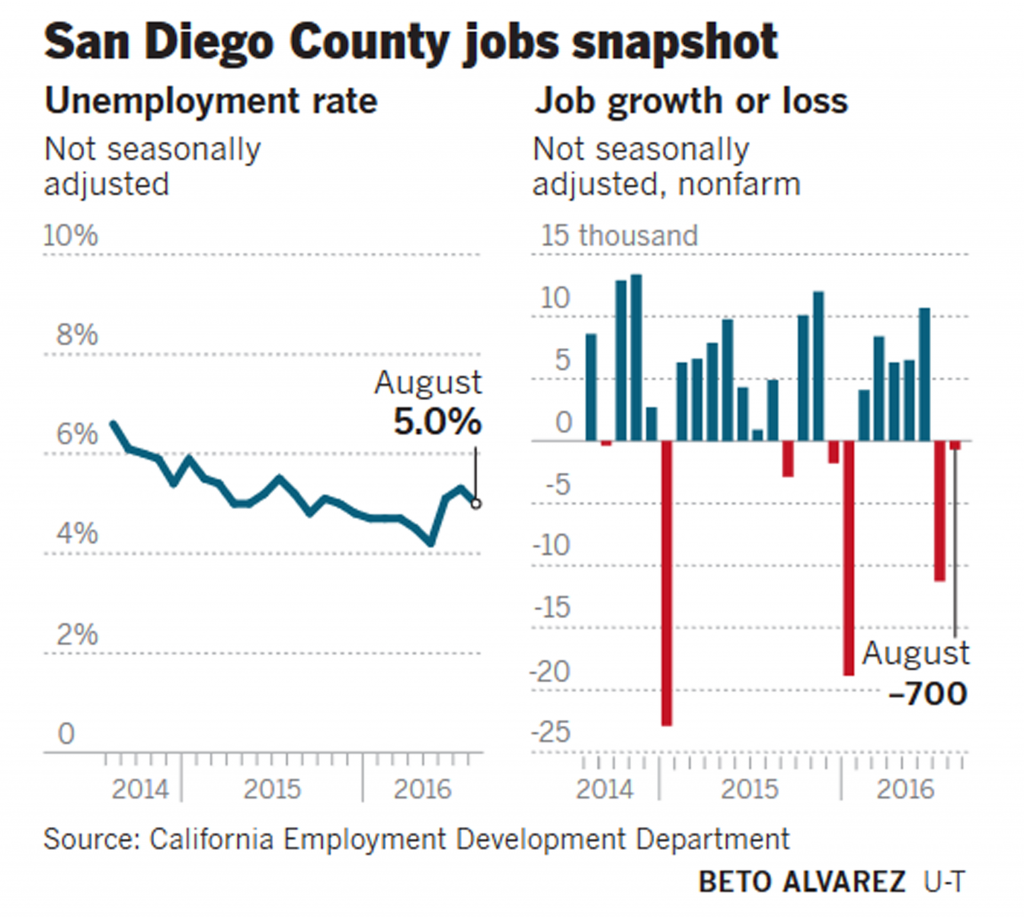 “The job growth number has slowed considerably since the beginning of the year,” Gin said. “We’re up 25,000 compared to where we were last year. That’s good, but earlier in the year we were up close to 40,000.”

The biggest job sector growth in the last 12 months, 6,200 jobs, was in government, mostly because of new teacher jobs. Another major gain was in educational and health services, 6,000 jobs, a reflection of increased healthcare hiring.

The San Diego construction industry has been hit hard, with 200 jobs lost in the past year.

She also said she was concerned about job growth appearing to slow but it didn’t mean it was time to throw in the towel on 2016.

“Hiring will need to be strong for the year-end holiday season for San Diego to retain the strong hiring trend it has become accustomed to,” Reaser said.

San Diego’s jobless numbers have recovered from the recession but still not back to the 2006 annual average of 4 percent.

Across California, 63,100 jobs were added in August with an unchanged unemployment rate of 5.5 percent from July. In the past year, the state has added 378,000 jobs.

This article was originally posted by the San Diego Union Tribune, the original article can be found HERE.