Riding The Wave: How Long Will Rent Growth Continue? 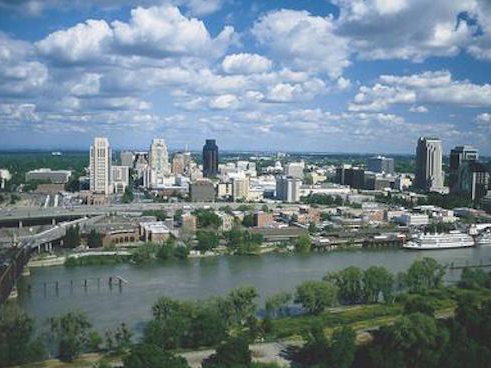 Apartment owners continue to ride a wave of rent growth, hitting an all time high for the eighth consecutive time. But is this wave about to crest? That is the question raised by Yardi Matrix in their Matrix Monthly survey. Pulling data from 120 multifamily markets across the United States, Yardi suggested that a deceleration period originally expected in July has shown signs of beginning, particularly in tech industry heavy cities.

The report suggest that many of the metros that saw dramatic rent growth in 2015 may begin “coming back to Earth due to the combination of waning demand and affordability issues in the face of growing supply”. An example of this was identified by Mary Salmonsen of Multifamily Executive who notes that the report cited San Francisco which in 2015 had a rent growth of 12%. Now in the beginning later end of 2016 this number has dramatically dropped to 1.6% as of August 2016. She cites other examples as well to further her argument. “Denver’s 11% growth rate has fallen to 3.5%. Austin, Texas, and Boston have also dropped by over four percentage points.”

Keeping It Sunny in the South West

Each of these locations has the common through line of being leaders in the technology field as well as housing shortages in recent years. The report does acknowledge that not all metros are set to see a decline, with many likely to go even higher. Referencing growth in Southern California, the Southwest, and the Sun Belt which all saw growth between 5 and 8%, Yardi suggests that “Fundamentals are strong, and those markets could see continued gains above historical growth rates.” Where metros were found to be dipping were in locations that saw drops some key areas of economic industry. As Paul Bubny of Globe Street noted, “The fastest deceleration is limited to metro areas that are seeing a combination of slowing job growth and increased supply, notably Houston, which has had 10,000 units completed year to date, with 15,000 more expected to be completed by year-end.” Bubny also calls attention to the metros that have seen the largest growth in rent, namely Sacramento (averaging 11.9% year over year), Seattle (9,3%) and the Inland Empire (9.2%) 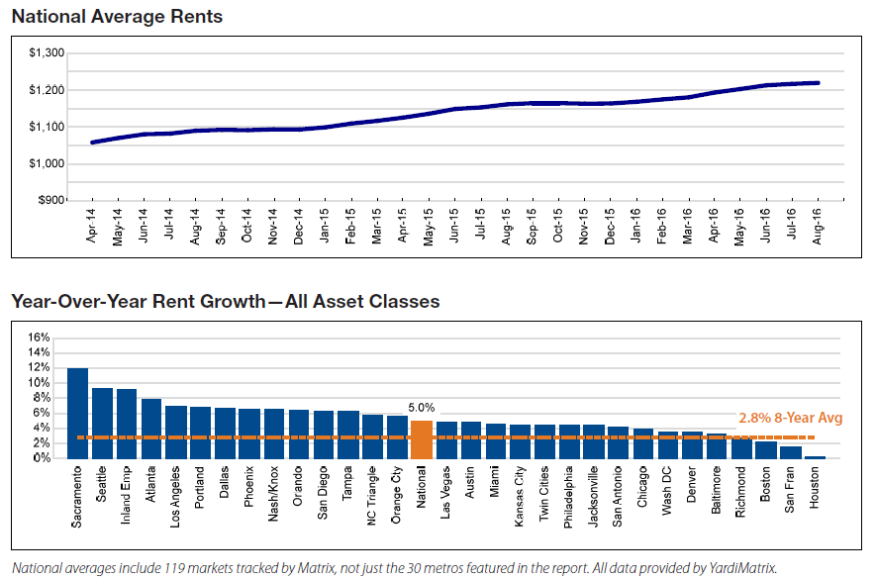 What does this mean for the San Diego apartment market? As of yet the answer is not very much. Yardi estimates America’s Finest City has a rent growth that exceeds the National average of 5% (San Diego comes out just above 6%), but the news that many tech heavy communities have seen a drop does connect to San Diego’s biological and burgeoning computer technology industries. But as Salmonsen notes in her coverage notes that “deceleration in rent-growth rates is “in line with expectations,” according to the report, and, in fact, the year-to-date growth rate for 2016 thus far exceeds Yardi’s initial prediction of 4.6%. “The slowdown is less cause for concern than the natural by-product of limits when income growth is between 2% and 3%,” the report says. “In that environment, rent growth can only return to more moderate levels.” As for whether the weakening metros will bounce back, Yardi predicts there won’t be many changes until current rent conditions stabilize.

Mary Salmonsen’s article “Yardi: Rents Are at New All-Time High, but Slowdown Is Taking Hold” can be found HERE.