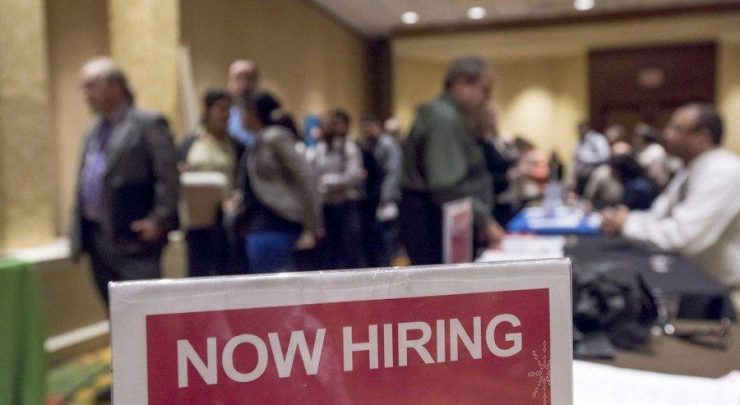 San Diego unemployment rose sharply last month, but researchers are suggesting this growth may hold a silver lining for economic optimism.
Union Tribune writer Lori Weisberg recently reported that area unemployment for San Diego County rose to 5.1% in June, a 0.9% jump from May 2016 and only 0.1% lower than the same time last year. To some, the idea of any rise in unemployment can easily be seen in a negative light. However, Weisberg’s report considers a different perspective. She maintains that a wave of positive outlook on job prospects, something that was lacking during the Recession, has taken hold of the unemployed as they seek work.

The evidence she says is in the numbers. Recent graduates, closing out their education, are now entering the workforce with some of the largest numbers in decades. “[A significant] jump in the county’s total labor force last month – 16,600 more people than in May – was the largest May-to-June increase in 20 years” Weisberg suggest, citing San Diego based economist Lynn Reaser for the statistics. Such numbers can have a staggering effect on unemployment projections and also point to a theme of optimism in the existing labor force.

During Recession era workforce stagnation, when unemployment numbers trended high, the perspective that one would be unable to find a job dominated expectations. As Reaser acknowledges, this sent many workers into a tailspin, with many just giving up looking for work. “One of the facets of the recent job market has been the lackluster participation in the labor force as people have been discouraged and reluctant to look for a job.” As economic recovery has helped boost hiring, more and more unemployed are feeling positive about the possibility of getting employed sooner. 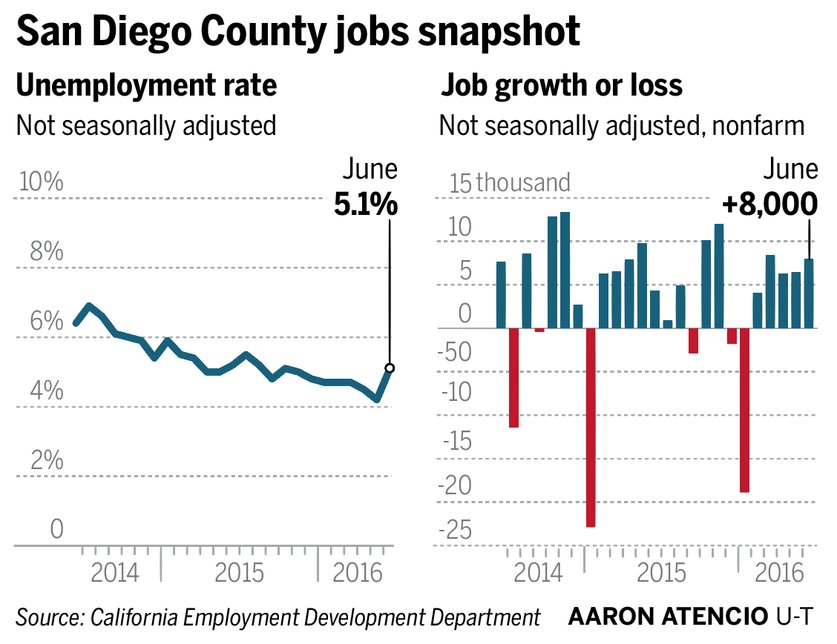 The market may not be keeping pace with the incoming workforce, but hiring is still occurring across job sectors. Since June of 2015, California has added nearly 38,000 with nearly 8,000 being located in San Diego County. Although this doesn’t exceed the projected current workforce, it does paint a good picture of for job-seekers to feel inspired by. “We shouldn’t be alarmed by the rate.” Explains Alan Gin, a University of San Diego economist who Weisberg cites in her article, “Part of it is good news because people are encouraged about the labor market and are coming back in, and also, June is typically the third worst month of the year in terms of the unemployment rate.” San Diego unemployed may have a long road ahead of them to finding the right job, but for now keeping a positive attitude is helping easy the wait.