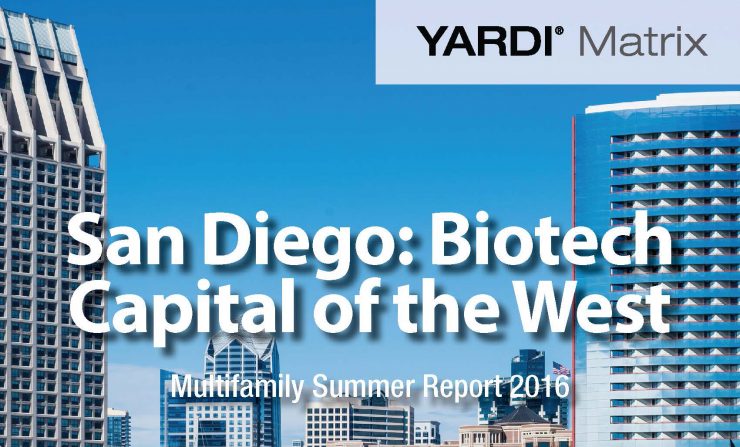 Building a reputation as a start-up leader with strong economic fundamentals is helping San Diego maintain an environment of strong multifamily investment opportunity, so says a report from Yard Matrix released last week. The report, which reviews the regional growth of San Diego’s economic market, suggests that the region has recently seen transaction volumes of over $1.5 billion and a 6.9% year-over-year rent growth since May. 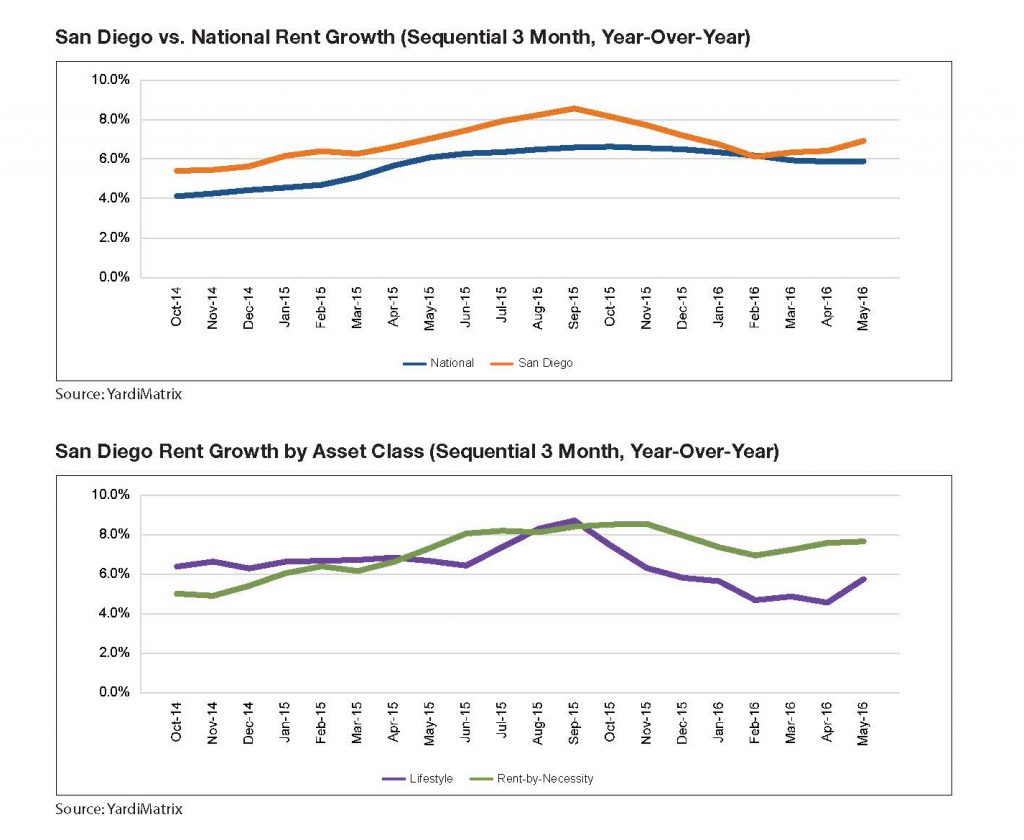 Gains in employment has helped the city add over 39,700 jobs as of 2015 lead in a major way by the acquisition of start-ups in the region. The area is quickly becoming the biotech leader of the west. The report suggests this is due in large part to affordability issues in the northern region.

The report attributes much of the regions job success to the dramatic housing costs currently plaguing the Bay Area and Silicon Valley regions. “startups doubled by a research-and-development cluster that generated 14.4 billion worth of economic activity” the report notes, suggesting that many startups are seeing San Diego as the affordable alternative to San Francisco as the region struggles to keep pace with housing demand.

Strong gains in local employment has brought an influx of potential residents into the market, but the factor of affordability drives them to multifamily. Citing a lack of funds and an average home price that is double the national average, the Yardi Matrix suggests that San Diego continues to have affordability issues, mainly affect lower-income households. To compensate, most residents are turning to the multifamily as their best option for their needs. With the regions metro population gaining at 5.1%, a need to implement new market options continues to strengthen, and developers are answering the call.

Since May, over 3000 units have been added to the market, with an additional 32,000 being developed. “Core and coastal sub-markets dominate the pipeline, with Central San Diego, Mira Mesa and Kearny Mesa contributing roughly 4,700 units currently under construction”.

The report concludes that demand continues to grow for San Diego investments with the advent of this renter-by-necessity market. The $1.5 billion in revenue represents a 30% increase in capital exchanged since 2014, “a new high in the current cycle”.