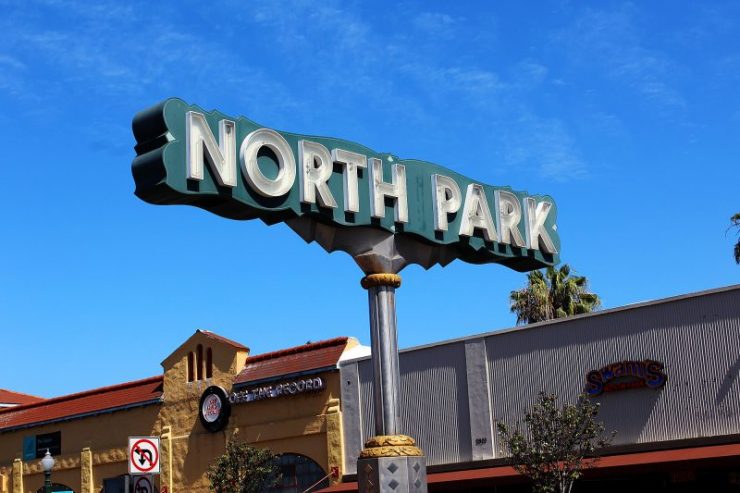 Attaining a level of coolness is something that is often times very hard to obtain, much less define, yet when a place has it everyone knows what it is. A new report has attempted to quantify coolness by identifying the 100 hippest locations in North America, among them are three of the coolest San Diego neighborhoods. The “Cool Streets” report by Cushman and Wakefield spans 53 cities across the county and attempts to use diverse categories like “livability”, “retail flavor”, and “demographics” to determine the “hipness” of a given neighborhood. Using a scale of 1 to 4, with 1 representing “not at all cool” and 4 meaning “absolutely” hip, each neighborhood was evaluated across numerous sub-categories to create an overall result.

How did America’s Finest City fare? Perfect scores in Diversity, FoodieScore, and NightlifeScore helped three of San Diego’s premiere neighborhoods obtain spots on the list for very different reasons. East Village and Hillcrest were both cited as “up and coming” neighborhoods meaning that their current status is likely to grow with the advent of more retail offerings and new residential construction. Fairing even better was the neighborhood of North Park, which found that high rankings in Public Transportation and strong population growth helped elevate them to “Prime Hipness”. With a population of 139,000 residents within a two mile radius, the area was shown to have strong cultural diversity with top scores in music and art. The article specifically cited North Park’s craft brewing community as a driving force behind a renaissance of growth that many other regions are following as an example. All three San Diego destinations were ranked slightly high on residential rents (receiving a score of $$$ out of $$$$ each).

In spite of receiving a rating of “Up and Coming”, East Village was given special recognition as number 10 of the Top 15 Cool Streets. This designation was awarded specifically for the urban growth East Village has seen over the last several decades. Once seen as an “industrial underbelly”, the construction of Petco Park and other construction elevated the area into a destination spot, bringing with it unique culinary offering, diverse communities, and a focus on sustainability. The area did fall short on trendy shopping and vintage thrift, but made up for it with strong demographics. The report also notes that further proposed development of new housing and destination spots will likely result in an explosion of growth for the area in the next few years.

Although it wasn’t specifically cited in the article proper, Hillcrest has achieved a number of noteworthy elements that make it a desirably hip location. With a college educated resident score of 82.1% and a population of 97,500 in a two mile radius, the area offers a diverse range of food, nightlife, and music for local experiences. Further growth in public transportation and bike friendliness could elevate its position from “Up and Coming” to “Prime Hipness” in just a few years. These three dynamic profiles show how all three San Diego neighborhoods are growing at dynamically different rates in spite of only being a few miles apart. By following their example, even more of San Diego could see their coolness factor rise in the coming years.

A copy of the “Cool Streets” report can be found HERE