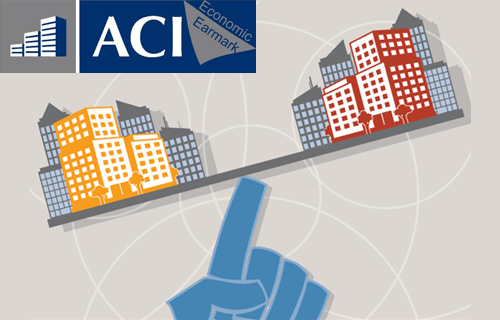 Just like the weather over the last few days, San Diego has seen economic markets heating up. This trend has been particularly true over the last few months in the areas of employment and annual effective rent growth. Two articles released last week highlighted the strengths of both of these markets, while simultaneously stressing that their hot streaks could cool at a moment’s notice.

On the subject of employment, Dan McSwain at San Diego Union Tribune declared that San Diego unemployment has fallen for another consecutive month, from 4.5 percent in April to 4.2 in May. This level of employment is significant as it is the lowest they have been since the final days of the 2007 housing bubble. Although these numbers are a great sign that many in San Diego County have been able to find work (and thus have increased income for economic investment), McSwain warns that there should be cautious optimism in the celebration. Not only were the figures in the report unadjusted for seasonal variation, but many sectors including construction and leisure jobs saw a slight slowdown between months. “Federal officials said the national labor market created a net 38,000 jobs in May” McSwain explained, “down sharply from the average monthly pace over the last two years of roughly 200,000 positions created.”

Another market experiencing complex, exciting changes last month were the annual effective rent growth numbers for area metros. While many cities across the country are seeing a dip in rent growth, potentially indicative of an economic slowdown, San Diego has seen the opposite effect. In an article for AXIOMetrics, Dave Sorter ranked America’s Finest City at number three among cities with the largest annual growth from April 2016 to May 2016. The increase, from 6.0% in April to 6.8% in May creating a Basis Point (bps) of 87 while many metros including Sacramento and San Jose actually saw decreases in rent growth.

Both articles show an area economy continuing to grow together. Employment engages new opportunity to rent or buy property in an already crowed metro like San Diego, increasing demand and rent growth. For property investors, enriching their current investment or transitioning into something new can benefit from this news, as it indicates a lot of potential residents with increased income are present in a market looking to rent.

Click Here for “S.D. jobless rate fell to 4.2 percent in May” by Dan McSwain

Click Here for “The Topsy-Turvy Apartment Markets” by Dave Sorter