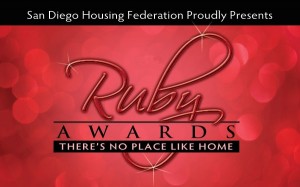 When it comes to improving San Diego’s housing limitations, bringing together the best and brightest to solve the issues of affordable housing is something that should be celebrated. Such was the case late last week when the San Diego Housing Federation played host to its annual Ruby Award. Culminating in a night of celebration on the University of San Diego’s campus, the Ruby Award honors professionals and volunteers who have contributed in the process of selling, zoning, building, and advertising affordable housing projects in the San Diego area. Included among the talented list of nominees for this year’s award was one of Apartment Consultants Inc.’s very own, Ricardo Lopez. 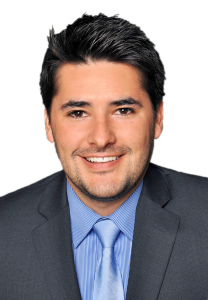 Ricardo’s was nominated for the Ruby Award in the category of Outstanding Development Partner. This award recognizes individuals and entities that provide support for affordable housing development projects. With the support of his team leader Keith Courtney, Ricardo represented both buyer and seller to facilitate the sale of three commercial parcels in Talmadge for $2,500,000. Escrow on the property took nearly a full year to close due to funding coming from public and private finance. Ricardo worked diligently to make sure all parties were happy with the final result. Soon these parcels will be combined and converted into a mixed-use building with affordable housing for disabled senior citizens.

The San Diego Housing Federation, the organization that arranges the annual event, is a community leader in bringing a voice to low income San Diego residents. Since 1990, the organization has worked to improve affordable housing access to many residents of our ever growing city, as well as improving the information and dialogue that community leaders and the media place on such projects. Often regarded as one of the SDHF’s signature events, the Ruby Award brings together hundreds of professionals in housing and community leadership for an opportunity to network and envision improvements in housing San Diego’s most vulnerable groups. 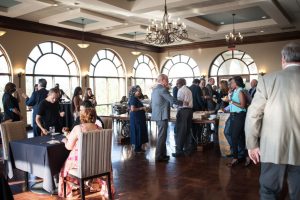 In addition to the winners in categories including Maria Hernandez, “the heart of Solara”, for Outstanding Advocate and Susan Baldwin for the John Craven Memorial Award, this year’s also presented Johanna Gullick with a Lifetime Achievement Award. Gullick, the Managing Director and Southern California Market Manager for Union Bank’s Community Development Finance Division, was celebrated for over 25 years of dedicated experiencing promoting and developing affordable housing projects in Southern California, as well as for over 35 years of real estate experience. The SDHF website identifies her work in real estate as being extremely diverse including being “an architect, planner, and general contractor”. At a time when there is a public need for affordable housing project in the San Diego area, the celebration of these dedicated winners and nominees are what keep improvements coming. We are pleased that ACI can associate itself with such a worthy cause.