There Is Still Liquidity For The Right Deals 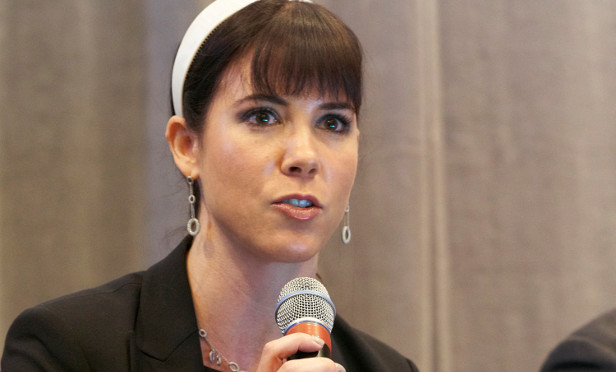 This article was originally posted by CARRIE ROSSENFELD for GlobeSt.com showcasing that there is still market liquidity.

Kelly Souza, SVP, manager—commercial real estate for Wells Fargo & Co., said, “It feels like there is far less liquidity in the construction-lending space, particularly in multifamily,” although San Diego has strong multifamily fundamentals in the Downtown market. “We are being highly selective, and spreads have widened dramatically in the last 90 days.”

Chad O’Connor, first VP capital markets for Marcus & Millichap Capital Corp., said, “We try to put people with lenders who can execute.” He added that you won’t get much more than 55% leverage from life-insurance companies, and some of the borrowing issues include pre-payment penalties and recourse.

Don Frankman, managing director and head of SBL originations for RED Mortgage Capital LLC, said the Fed has “mandated we concentrate on the small-loan sector.” He said smallapartment units—some as small as 200 square feet—are growing in popularity, not just forMillennials, but also for Baby Boomers.

Bob Pendergast, managing director for JLL, said the buyer pool has shrunk and there is a disciplined underwriting strategy. “There is liquidity in the market, but the market is narrow and clearly defined. An A building will trade, but a B building will languish in the same market.”

Moderator Robert Lee, founder and managing partner of SIG Equity Partners, asked Pendergast if JLL, being a global company, has seen increased tenant demand. Pendergast said, “San Diego is a build-to-sell market. You build and then sell your company, and it often gets relocated.” However, tech-driven and life-science companies tend to cluster in Torrey Pines and then spill over to UTC and Del Mar. “It’s slowed down a little, but we’re still seeing growth,” said Pendergast.

Borrowers need to be careful not to predict rent growth at an unsustainable rate, said Souza, and Lee added, “There’s so much dry powder. [The market is] fairly cautious, but it’s hard to get deals done on the equity side.” He added that CMBS is tightening and that lender pool is getting smaller.

O’Connor said chasing an extra 10 to 15 basis points on an interest rate can set you back since lenders are looking at sponsors more carefully now than ever before.

Souza pointed out that the regulatory environment is much stronger than in the past. “It’s an awkward time, and we’re all adjusting to the new environment. The time frame on closing is longer; everything takes more time because of these regulations.”

Frankman said the agencies are very attractive right now, and Pendergast said you can’t have your cake and eat it, too—you have to be careful on your long-term vs. near-term objectives. Lee added that you have to match your strategy to the cost of capital.

When asked which inning we’re in in the San Diego market, O’Connor said he felt there was room to grow: “We’re at about a 6.5-ish.” Pendergast said the market looks good here, but pay attention to larger national trends and other western markets like Seattle, San Francisco, Orange County and L.A. “Look north of us to see how capital is flowing, then put on your San Diego sunglasses” and evaluate. Lee said it’s more about what value you can add to the deal.

Souza said she sees a lot of outsiders coming in to invest in San Diego, and she also sees investors here who can’t find yield. “It’s late in the cycle, and I should be very concerned when I see that.”

This article was original posted by GlobeSt.com and can be found HERE.