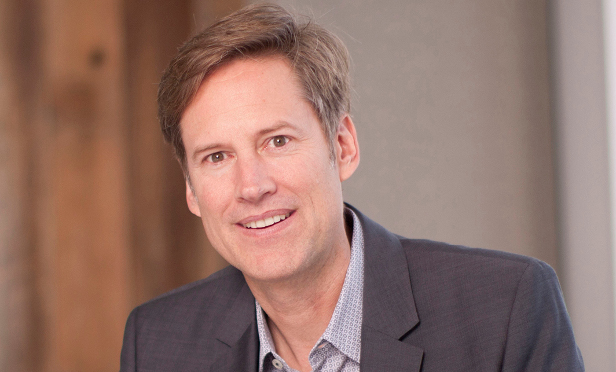 SAN DIEGO—North County is virtually out of land, so private developers are looking to South County, where the land is cheaper and more plentiful, and the residents are less resistant to development, Gensler’s principal and design director Darrel Fullbright tells GlobeSt.com. Fulbright recently moderated a SMPS session here, entitled“Private Development’s Role in the Evolution of ‘the Finest City,’” during which CityMark’s Russ Haley and Cisterra Development’s Paul Thometz discussed their ongoing and upcoming projects and the vision for San Diego’s future. We spoke exclusively with Fullbright about the projects and the takeaways from the event.

GlobeSt.com: What was the common theme among the projects being planned for San Diego?

Fullbright: CityMark is doing more residential work, and Russ Haley’s focus was on finding actual developable areas in San Diego, which is a challenge. Typically, his projects are in the urban core, and he’s now working on one in Lemon Grove and one in Imperial Beach. He is finding more opportunities in South County, which has traditionally not been a developer-heavy location, and we are seeing that in a couple of projects we are working on, such as the Millenia project in Eastern Chula Vista, the land costs less. North County is out of land, and it’s difficult to get approval on projects; South County is more opportunistic.

The other developer at the session, Paul Thometz from Cisterra, focuses on mixed-use, livable, walkable communities, with one of the most interesting being 7th & Market Downtown. It’s the first truly integrated vertical mixed-use building in San Diego, with residential, office, hotel and retail in one project.

GlobeSt.com: What do you feel is the private developer’s role in the evolution of San Diego?

Fullbright: They’re all very in tune with what’s happening in San Diego and are finding ways to work within the system to come up with the best projects possible. They are looking for opportunities; there’s nothing uniquely different about private developers—it’s probably in line with what I’m seeing from other developers. I do think the big game-changer is 7th & Market and getting office product Downtown. A lot of smaller tech companies are moving Downtown, so there’s been a bit of a quiet revolution. You don’t hear about any of the big guys there. Google bought some companies down here and is making a presence in Sorrento Mesa, but they bought purely for the people—they didn’t care what the companies did. That’s a way for large companies to come down here—to buy a large company down here for their people.

GlobeSt.com: What development trends are you noticing for this region?

Fullbright: I work a lot in the commercial-office-building business, and we’re developer three or four major suburban campuses. Suburban developers are trying to simulate the urban renaissance, with bars and conference centers in the building, and trying to create more of a work/play environment—not residential as much, although we are doing a project for Sunroad called Centrumplace that’s adjacent to residential—but they are trying to develop mixed-use so that people don’t have to get in their cars. I recently read about SANDAG exploring a skyway tram between Pacific Beach and Sorrento Mesa, which would circumnavigate having live, work and play in the same area. Still, many people aren’t ready for it. Residents are fighting the trolley stop moving north, and there’s a big piece of land near the Solana Beach train station that the community doesn’t want anything built on.

GlobeSt.com: What else should our readers know about development here?