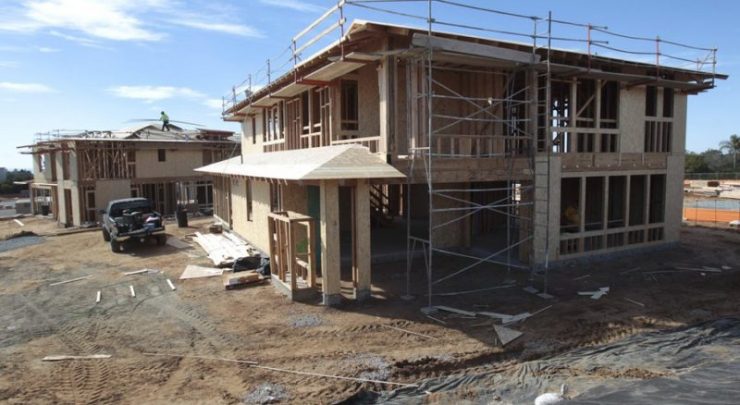 Don’t be fooled by all the cranes downtown.

Home building in San Diego County was cited by reports this week as lagging much of the nation and a drag on the local economy.

The University of San Diego’s monthly analysis showed the local economy grew just 0.4 percent in March, mostly because of a huge drop in residential units authorized by building permits.

Other parts of the local economy were good, said the university’s Index of Leading Economic Indicators, which was released Thursday. Unemployment claims were down, local stocks are bouncing back and help wanted advertising is up, it said.

However, the report noted residential units authorized in the first quarter of this year were down 11.8 percent from the same time last year.

“Lack of housing basically jacks up prices so it is more expensive for people to live here. It discourages them,” said Alan Gin, author of the study. “It’s trouble for businesses because they have to pay their workers more to locate in San Diego.”

In the short term, he said, less building means less work for all the people the home industry employs — real estate agents, construction workers, lenders — and fewer purchases from new owners setting up their home.

Building has been a problem decades in the making. A study from online contractor database BuildZoom released Friday showed San Diego’s rate of outward building expansion decreased 50 percent since 1970, making it the seventh slowest expanding metropolitan area in the United States.

The BuildZoom report said San Diego is channeling economic strength into higher property values, unlike cities that have accelerated outward expansion like Atlanta and Houston.

BuildZoom broke cities down into “expensive” and “expansive,” saying expensive cities would likely see an exodus of middle-class residents to more affordable expansive cities. The latest U.S. Census data found from July 2014 to July 2015, about 9,370 more San Diego County residents packed up and left compared with those who moved here from other areas of the United States. 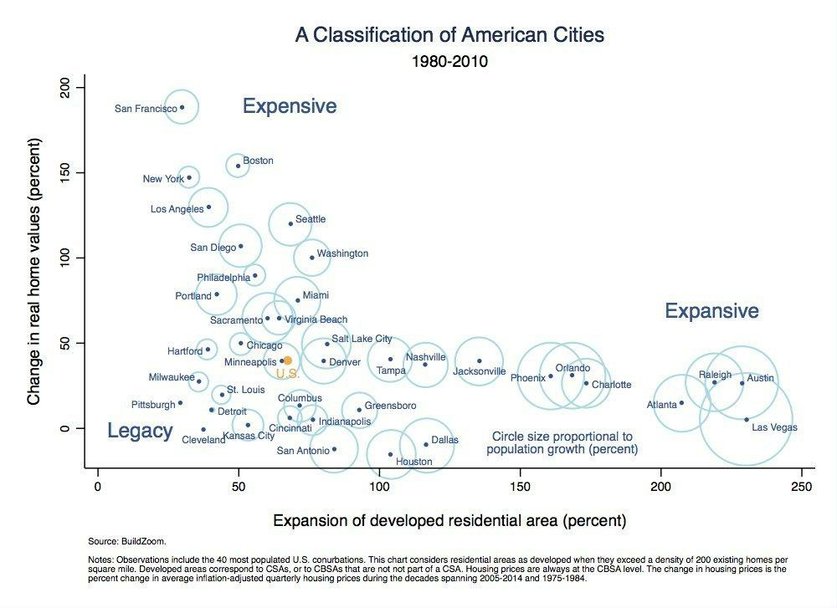 “There’s this neighborhood opposition from people that just want their cottage house and never mind the rest of the world,” he said. “We can’t keep the ’50s and ’60s real estate in place when we are dealing with a 21st century population growth.”

Winckel said a lack of zoning plans can hamper infill development, or  turning vacant or under-used space into housing. By not having plans to allow, say, a developer to quickly turn an old factory into apartments, he said the developer wastes years fighting to justify a zoning change for the project.

The most expansive cities — and, thus, more affordable —were Atlanta, Dallas, Houston and Phoenix.

BuildZoom concluded the report by writing it is unlikely expensive cities would find ways of producing sufficient amounts of new housing. It also predicts expansive cities will eventually come up with their own restrictive land use policies, making them expensive too.

However, study author Issi Romem, chief economist for BuildZoom, wrote that widespread use of self-driving cars could make development easier at greater distances from city centers than today.

The USD report, a function of its Burnham-Moores Center for Real Estate, said other concerns for the economy going forward were changes in the national and international economy.

It said European financial problems, concern over immigration and the United Kingdom’s possible exist from the European Union could all hurt the international economy.

The report showed local consumer confidence was down 0.14 percent in March but could not pinpoint why, particularly with all the good news on employment growth and gas prices.

This article was originally posted by the San Diego Union Tribune and can be found HERE.