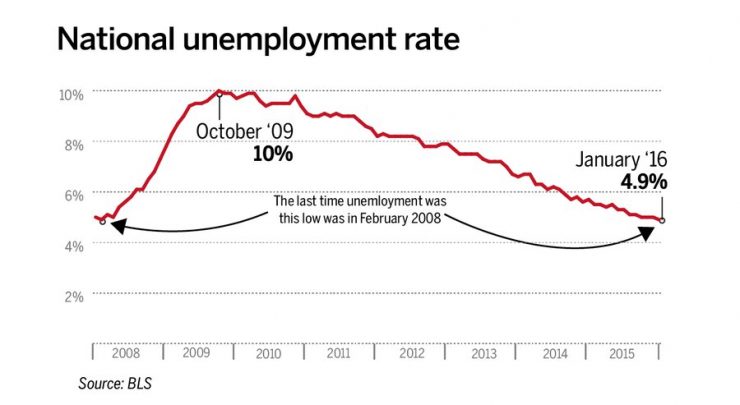 For the first time since 2008, the U.S. unemployment rate has dipped below 5 percent.

According to Friday’s report from the Bureau of Labor Statistics, 4.9 percent of Americans are unemployed. This was the latest report showing an improving job market. At this time last year, unemployment was at 6.6 percent.

The bureau hasn’t tallied the data for California just yet, but as of December, the state’s unemployment rate was 5.8 percent. This tied California with Arizona as having the 10th worst unemployment rate among U.S. states. Some 151,000 jobs were created in January, mainly in retail, food and dining, healthcare and manufacturing. The number of those who have been unemployed for 27 weeks or more remained mostly unchanged. Those filing for unemployment benefits also dipped slightly.

This article was originally published by the San Diego Union Tribune and can be found HERE.