Why your rent won’t stop rising 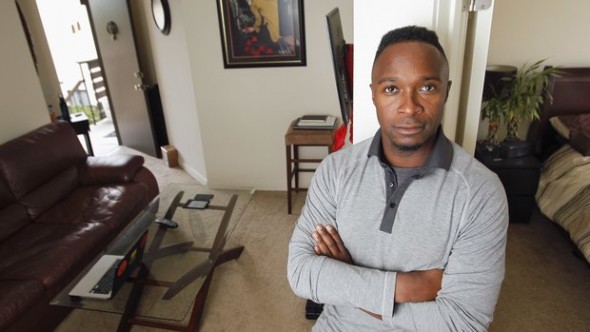 Rents won’t stop rising, that’s what was felt when Julian Cummings recently returned to his Pacific Beach apartment to find a notice taped to the door.

The message was a real bummer: His rent was going up $100.

Cummings, a 34-year-old account manager for a company that sells wood, currently pays $1,560 per month for the 400 square-foot one-bedroom apartment a block from the beach. His rent already eats up about half his take-home pay, well more than the 30 percent financial experts recommend. Cummings isn’t even sure if he’ll get a raise this year to help defray the increased rent, which doesn’t include any utilities.

Cummings isn’t alone in seeing the rent go up. Renters in San Diego are continuously getting squeezed by robust demand for apartments, amid already low supply. This week, the Marcus and Millichap brokerage firm reported that the average rent in San Diego County was $1,630 a month, up 5.3 percent over the last year. To make matters worse, the most recent data from the Bureau of Labor Statistics show that wages are growing in the county at less than 1 percent per year.

The situation is exacerbated because the new units coming online in San Diego tend to be high-end, with studio apartments commonly going for more than $2,000. Meanwhile, management companies are taking advantage of low interest rates to renovate existing units and increase rents when tenants move out or their lease term ends. And some don’t feel the need to do anything at all to justify a rental increase, as in the case of Cummings.

“I understand why rent would theoretically go up as the demand of living in the area goes up, but what I didn’t understand was as far as the property goes they didn’t really do any upgrades,” he said.

A growing workforce in the county is a key driver behind the higher rents. Over the last year, the county has added 40,900 payroll jobs. That has led to increased household formation through people moving here for work, and also recent graduates now earning enough money to move out of their parent’s homes. The problem is that there aren’t enough residences to go around.

Alan Nevin, apartment industry analyst at Xpera, said the county needs 15,000 to 20,000 new units each year to keep up with demand. Last year, the county approved 6,861 new residential units, nowhere close to that amount. That’s why, Nevin said, when a landlord raises the rent, the unit still gets snapped up if the existing tenant opts to leave.

Additionally, people who lost their homes during the Great Recession became renters, and only a quarter of them plan to buy again soon, the National Association of Realtors reports. It’s all led to an apartment vacancy rate as low was 2.7 percent, which is what it was in the fall, the San Diego County Apartment Association reports. That rate is well below the roughly 4 percent national average, making San Diego one of the nation’s tightest rental markets.

Nevin said developers that have responded to the increased demand are building the most high-end properties possible. He said they need to build their best products with ample amenities in San Diego in order to justify the high rents that help recoup costs associated with acquiring land and paying government fees. For example, a studio apartment in the new Broadstone Balboa Park starts at $2,052 a month, with a two-bedroom going for as much as $4,703. In downtown, a studio in the new Form 15 development in the East Village goes for as little as $1,640 a month, while a three bedroom rents for as much as $3,775. The increases are also hitting the existing, older supply.

James Burrell, a broker at San Diego County Property Management, which leases about 250 single-family homes and apartments, said rents are increasing 5 to 10 percent at the residences he manages. While he said his job is to maximize rent for the owner, he noted that utilities, property taxes and general expenses are all increasing and hitting the bottom line. He said, however, that he tries to keep the rent increases a bit below the rest of the market.

Across the nation, rents are rising fastest in Denver, which saw its average monthly price increase 9 percent over the year to $1,335. Rents in Oakland, San Francisco and San Jose all rose more than 8 percent in the last year. The average rent in the City by the Bay is $3,040 per month, $2,486 in San Jose, and $1,962 in Oakland, Marcus and Millichap reports. The firm measures rent minus landlord concessions such as a promotional free first month.

The tough news isn’t stopping for renters. CBRE, which calculates average rent differently than Marcus and Millichap, says rent in San Diego County is now averaging $1,756 per month. The real estate company projects that average rent will increase more than 3 percent each of the next three years, ultimately slowing to 2.4 percent in 2020. At that time, the average rent will be $2,040 a month.

Downtown San Diego is currently the county’s most expensive place to live, with an average rent of $2,084 per month. It’s cheapest in El Cajon, where the average unit goes for $1,280 per month.

Cummings, who has lived in San Diego for about five years, said he’s still deciding whether to pay the increase or look for another place. One thing he knows for sure is that it’ll cost him either way, since it takes money to move, too.

“The property management has all the leverage,” Cummings said. “They could charge $2,000 a month and somebody would pay.”

This article was originally published in the San Diego Union Tribune and can be found HERE.